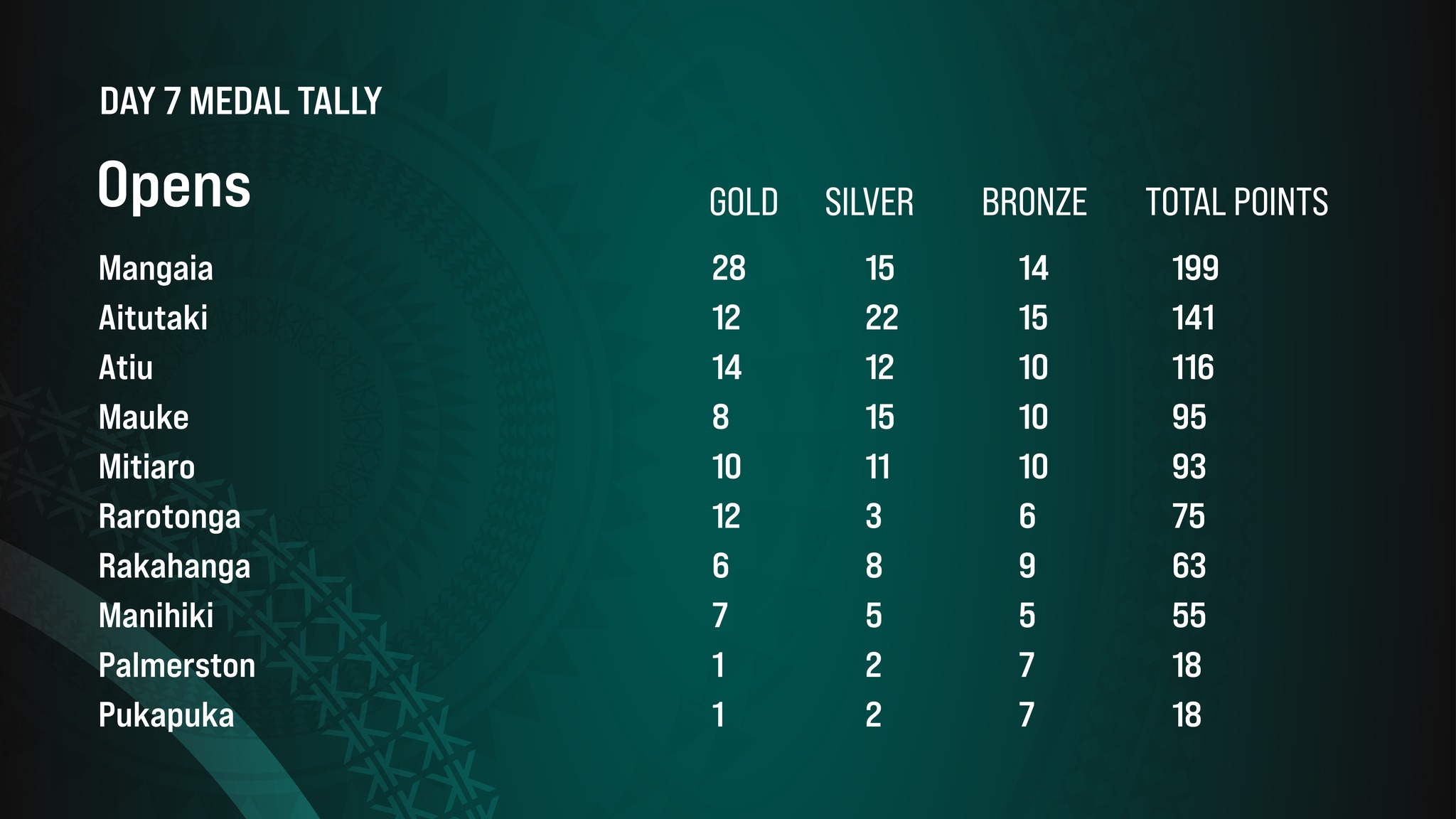 Atiu claimed gold medal in the men’s rugby 7s final on Friday after thumping Mauke 22-0 at the National Stadium in Nikao.

The Atiu power game and player depth proved too strong in the end with tries scored by Lai Rogorogoivalu, Stephen Willis and Joshua Jim. Atiu was also awarded a penalty try.

For Mauke the Akava brothers Tangi and Brian and Sammy “Doom” Rauraa tried hard, but in the end team Atiu finished much stronger.

In the bronze medal playoff, Aitutaki defeated Mangaia 24-19 in an exciting match that went into golden-point extra time.

Aitutaki made a brilliant comeback to level the match 19-all after Mangaia led by 19-0. The side scored right on the fulltime hooter to equalise 19-all.

In the women’s division, Mitiaro won all matches for outright gold medal. Outstanding players in this division were Rima Browne (Mitiaro) and Hinnah Tatuava (Mauke).

The U18 men’s gold medal went to Aitutaki for winning all their matches and Atiu proved too strong for Rarotonga in the U14 grade.