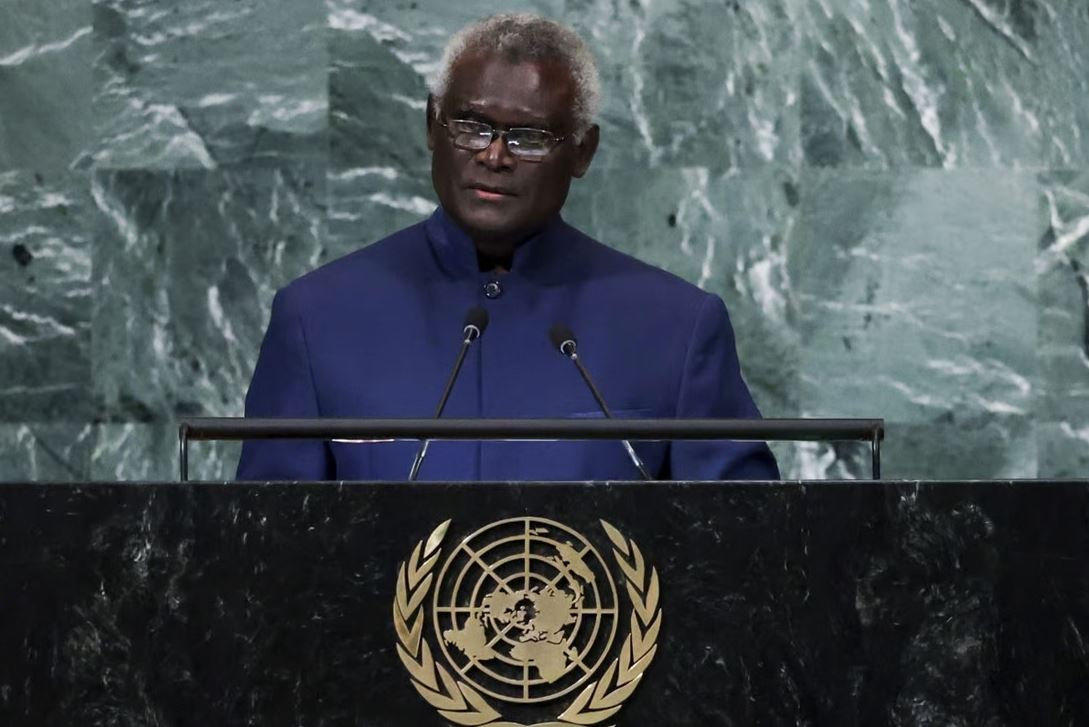 Solomon Islands Prime Minister Manasseh Sogavare says his nation has been unfairly targetted since it formalised diplomatic relations with China in 2019.

Solomon Islands Prime Minister Manasseh Sogavare says his nation has been unfairly targetted since it formalised diplomatic relations with China in 2019.

The leader has been under pressure after signing a controversial security pact with China in April.

Sogavare told the United Nations General Assembly that Solomon Islands has been subjected to a barrage of unwarranted and misplaced criticisms, misinformation, and intimidations that threatens its democracy and sovereignty.

"Solomon Islands has been vilified in the media since formalising its relationship with China. This decision was reached through democratic processes by a democratically elected government", he said.

He said Solomon Islands adopted a 'friends to all and enemies to none' foreign policy.

Tuvalu lobbies for Taiwan at UN

Tuvalu's Prime Minister Kausea Natano said it was regrettable that Taiwan continued to be kept out of the United Nations systems.

In his address to the UN General Assembly, he said Tuvalu had significantly benefitted from its partnership with Taiwan.

He said Tuvalu supported the re-admission of Taiwan into the UN as a founding member of the United Nations, and for its active participation in UN specialised agencies.

"We must not sideline Taiwan, a vibrant democracy that has made significant progress on all the Sustainable Development Goals and is ready to contribute more in global efforts in achieving the SDGs", he said.

Tuvalu, Palau, Nauru and the Marshall Islands have diplomatic ties with Taiwan.

Solomon Islands terminated its diplomatic link with Taiwan in 2019 while Kiribati recognised Taiwan between 2003 and 2019.