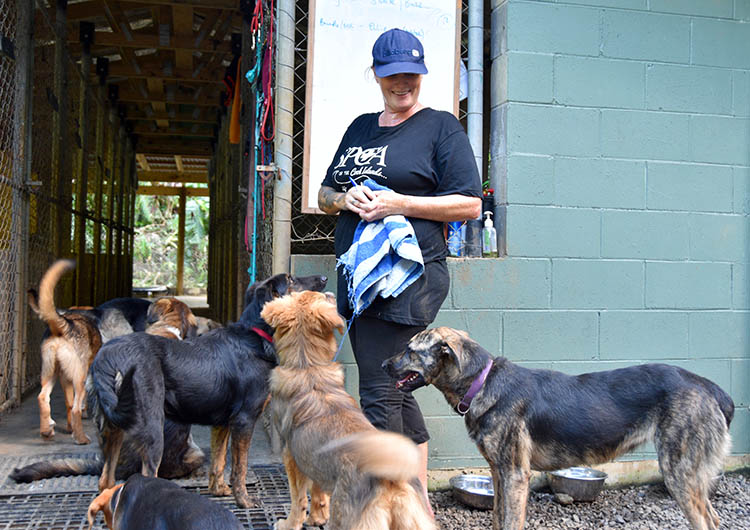 Our pets suffer from many of the same cancers we get. Mammary tumours (breast cancer) is very common in female dogs, less so in cats but it tends to be severe (malignant) when cats do get it, writes Dr Michael Baer of Te Are Manu Veterinary Clinic.

Cancer, there are lots of types. Some are serious, life threatening and fatal. Some are simple, and don’t cause any harm. Some spread throughout the body, some invade the local area, others just sit and slowly grow. There is one for every organ in the body, often more than one. Cancer is the catchall name, but every type is a little different.

To scientists, cancers are classified by the cell line they are from – sarcoma, carcinoma for example – and by the organ they appear in – mammary, lung, skin, blood. And by the degree of invasion, rate of growth or rate of spread and by the degree of cell abnormality in the cancer. Confused? It is quite a lot to understand. And then there is the vocabulary, a whole series of new, big words, which, to the scientists, describe the cancer.

Our pets suffer from many of the same cancers we get. Mammary tumours (breast cancer) is very common in female dogs, less so in cats but it tends to be severe (malignant) when cats do get it. Desexing is the best prevention, it is very uncommon in dogs which have been desexed (another great reason to get this done). Prostate and testicular cancer are also common in entire dogs, once again desexing is the answer. So make sure you give the clinic a ring, or get to a desexing day!

Cats with pink ears and noses often get skin cancer, and these cancers can eat away the entire nose if not removed when they are small. Melanomas are very common in grey horses, but it is usually benign. We see them in dogs, cats, and cattle too.

Blood cancers (leukaemia, lymphoma) are quite common. There is a virus in cats that can cause it. And a virus in cattle that can do the same. Bone cancer tends to be aggressive in dogs, often it has spread (metastasised) to the lungs before we see any signs of it.

Cancerous fat is probably the most common form we see. Called lipomas, these little lumps of cancerous fat cells often sit just under the skin. Fortunately, they are almost always harmless (benign).

So, when we say a dog has cancer, we are scratching the surface. The progression of disease and our approach to treating it, be it with drugs or surgery, depends on what type of cancer, where it is, whether it is spreading, whether it is invasive. Just like the terms that describe them, all cancers are similar, but none are the same.