OPINION: The perils of political appointments 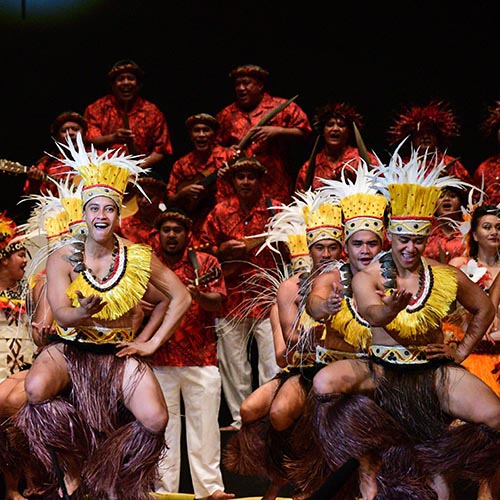 In smaller communities like the Cook Islands, compromised appointments based on favour and relationship remind voters and people that they can easily be ignored. Pictured are Cook Islands dancers at a cultural event. 14071822

Our mother had many golden rules, and from them, there have been many that I challenged as a child and a young adult, with little success, of course, and a few sore ears. As a parent and an adult, there are many that I have come to greatly respect and hold. Holding on to these values, I have learned through my own successes and many failures that her words ring true even now as I navigate the world around me and future before me.

One of those golden rules our mother taught us and still teaches us is to hold to our values and to never compromise these for anything. Our mum as a Jehovah’s Witness, and the only Jehovah’s Witness in our family, has at many times had to hold to her faith and her understanding of what God requires ahead of us all and her family. It has been in these times where her faith has been tested and I can say despite many protests by us, her children and sometimes our wider family, her position remains, ‘God first, I will not compromise my beliefs’.

In these moments whether we have agreed or not, what our mother continues to teach us is that firstly, we must have a faith and values we not only profess, but hold to and that these values will at times be tested and, in these moments, often by those closest to us. The question remains what then do we do. Another of our mother’s golden rules was meeting our friends and bringing them home, because she would pass them through her values tests. If she felt they were not good for us, often that friendship would come to an end or like many other kids, we would keep it away from home, and by doing so compromise our own integrity.

It is true that when two parties compromise their own values that no one wins or when we are surrounded by people that cause us to consider the compromising of our own internal values, then it is good time we change those around us. You know people by the company they keep; it is so true because we only associate often with people that share our same values and way of seeing the world and those around us. What then happens when those values are confronted and someone asks you to compromise them?

In politics, compromise is seen in many ways and one that is often glaringly obvious is that of political appointments or the appointment of favour. Appointments of favour are a blight on any democracy and done in broad daylight, public and not hidden. These appointments are done in such a way that completely ignores process and scrutiny of recruitment and instead is the favour or pleasure of a government, or Minister of the Crown. One has to wonder whether the Oath taken to become a Minister is ever considered when appointments of a political or favour nature are made. And nothing is more insulting to the public then the crafting of the press release or narrative once the appointment has been made, to unsuccessfully blur the appointment as something that has been done on merit or because the person has “said experience” in a sector of work.

In smaller communities, these sorts of compromised appointments based on favour and relationship and not merit or expertise, remind the voter and people of that country that they can easily be ignored, that their vote is meaningless, and that the Office of a Minister is easily compromised in a very short space of time as well as their Oath to God and Queen, and their faith in God. Their word in fact becomes sullied by the simple act of turning the other way when something is done that compromises all they said they stand for.

Political appointments damage not only the integrity of our democracy but also the integrity of whichever Ministry they work in because now everyone knows how you got the job and why. Not because of your merit or skills, or because of a robust recruitment to deliver the best candidate possible, instead it was simply because of favour and what you can provide or hide, or elevate or conceal when requested by those who put you there.

You see with political appointments, we all suffer, we all fail, we all are penalised because we have, as my mother has always said, not done the right thing, and that we are answerable to God, ourselves and the communities we serve when we don’t do the right thing.

We must never accept the dismantling of the integrity or democracy by men or women, who choose to use it as their possession rather then something they have been entrusted by us all and God to takecare of and to solemnly protect.