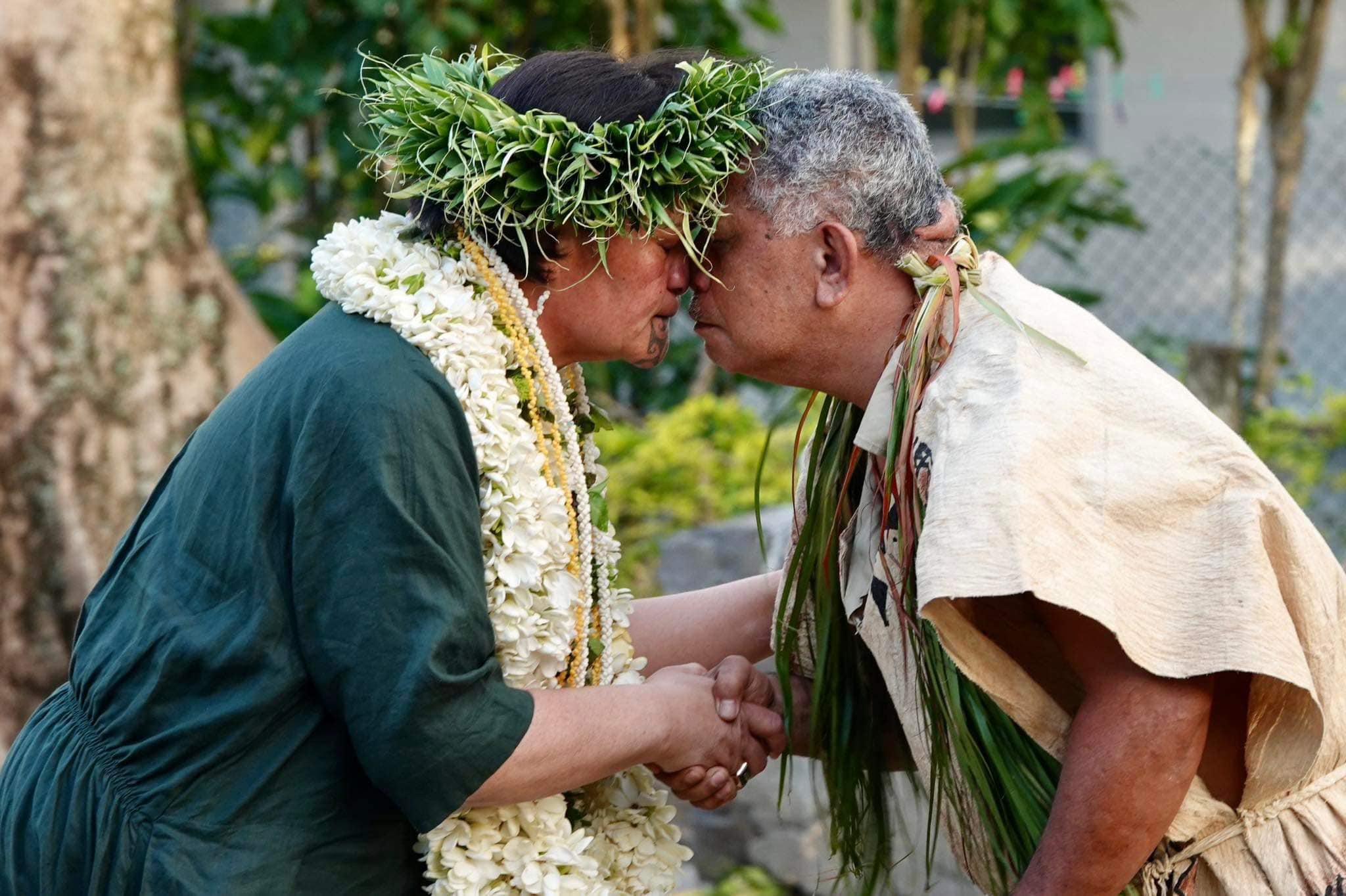 The event which was held at Atupare Marae in Arorangi featured performances from an Aitutaki choir, a speech from Kaumaiti Nui Tou Ariki, a prayer service, drumming and a presentation of a gift to Mahuta.

It marked the first time Mahuta had visited the Cook Islands since she became Foreign Affairs Minister, and her speech acknowledged the ties between the two countries.

All of the speeches and presentations were in Cook Islands Māori or Te Reo Māori.

There was much singing and dancing throughout the ceremony, along with a ceremonial challenge to Mahuta.

House of Ariki clerk Puna Rakanui said Mahuta’s speech was “from the heart”.

“She seemed genuinely moved by the whole experience,” Rakanui said.

“She spent as much time talking about her ancestral ties to the Cook Islands as the political ones. She was even a little bit apologetic that she hadn’t visited the islands in a Ministerial capacity sooner.”

Rakanui said the theme of Mahuta’s speech was that the “bonds between the Cook Islands and Aotearoa New Zealand will never break”.

“I believe her too. Her speech was so appropriate for the event itself, and I look forward to her coming back to the Marae at another time.”

Rakanui said he also appreciated the singing from the Aitutaki choir, as well as the presence of the students from Takamoa College.

“Their principal was very keen for them to experience an event like this, it would have been very educational for them,” he said.

Mahuta has a busy day ahead of her today, which includes a number of cultural events as well as the bilateral meeting with Cook Islands Prime Minister Mark Brown, where they will sign the statement of partnership.

She will be visiting Manihiki tomorrow.