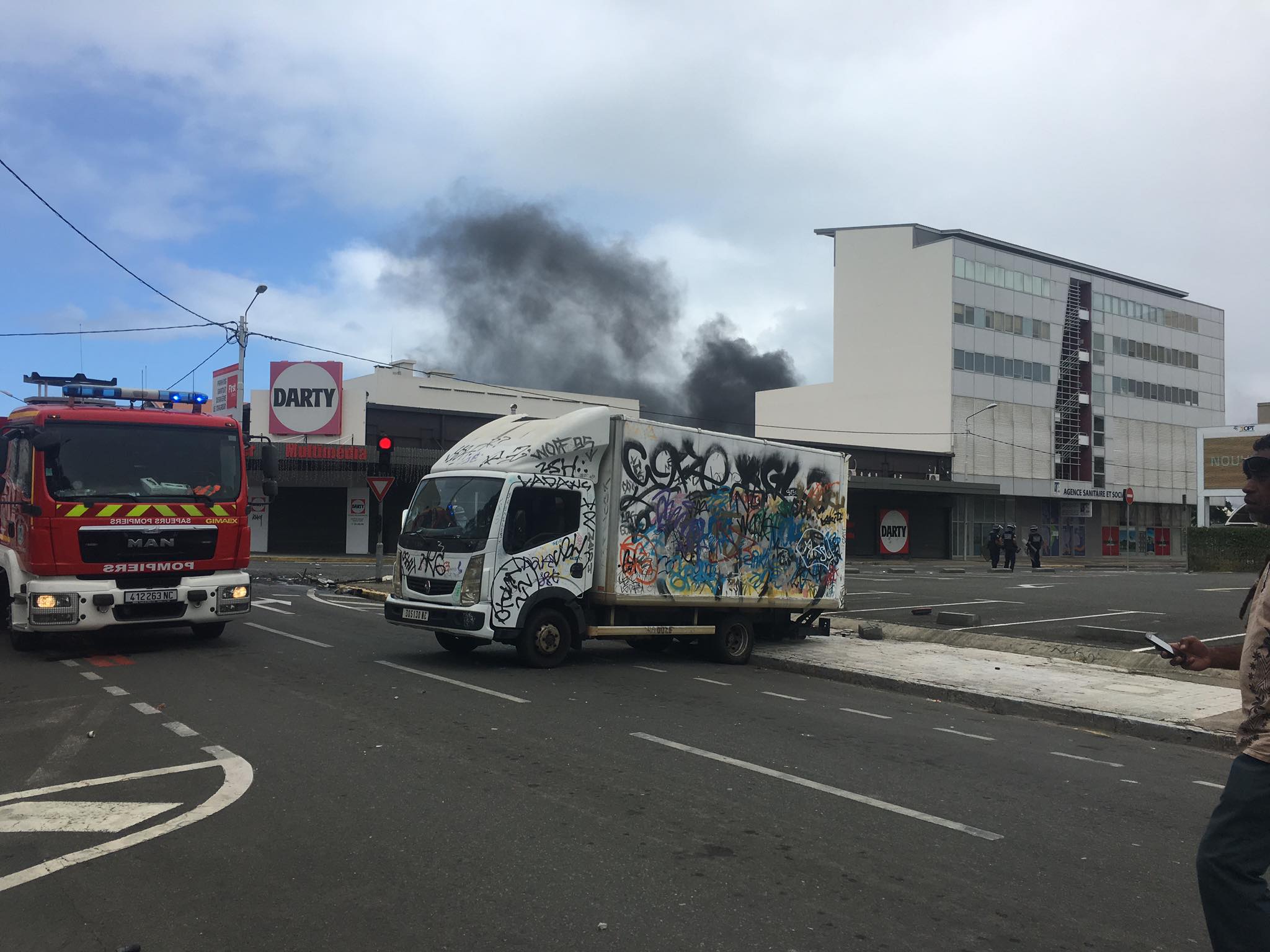 Riots and fires at the port and part of the motorway in Noumea and Nouville in New Caledonia. Photos: POKO CHAPMAN. 20120902

A Cook Islander, her husband and their children are caught up in rising unrest in New Caledonia's capital as protest action against the planned sale of Vale nickel plant continues.

Poko Chapman and her husband who live in Noumea have been forced to pull their kids out of school and stay hunkered down in their homes.

Chapman’s sister Jean Mason, Cook Islands Library and Museum curator, said she has been keeping in close contact with her sister and her family and has advised her to get out of New Caledonia.

“I was surprised there's been no mention at all of the stone throwing, car burnings (40 of them at a local hospital carpark) and riots and fires in town and at the port area,” Mason said.

RNZ reported that cars and tyres have been set on fire in central Noumea and at the port where there have been clashes between protestors and police using teargas.

Roadblocks have been set up in various parts of the Southern Province.

Vale held off finalising a sale after the French overseas minister last week organised roundtable discussions via videolink with those for or against the deal with a new consortium Prony Resources.

Opponents, who want Vale to instead accept a bid by the Northern Province's Sofinor and its partner Korea Zinc, clashed with police this week when they broke up a roadblock near the Vale mine site.

Several politicians have appealed to the French president Emmanuel Macron to intervene, warning of an imminent political, economic and social crisis.

Vale said it would shut the plant in a few weeks if a sale failed, which could trigger thousands of job losses.

Vale lost billions with its New Caledonia plant, which is the region's costliest industrial installation.