Queen’s Memorial: ‘She will be well remembered’ 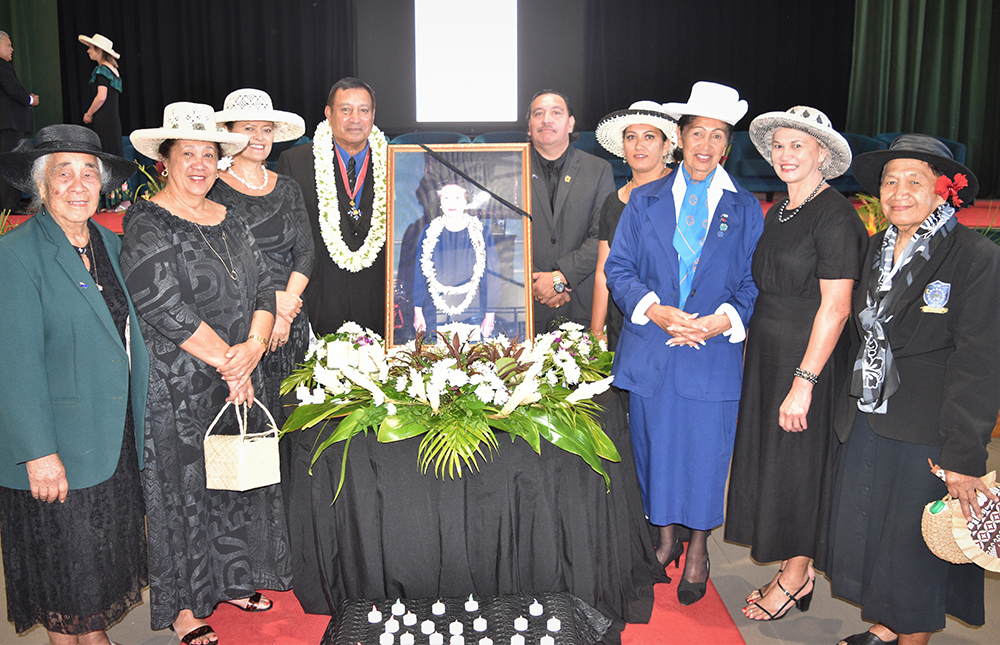 A large crowd attended the Memorial Service for Her Majesty, the late Queen Elizabeth II, at the National Auditorium yesterday morning.

The Memorial Service was attended by the King’s Representative Sir Tom Marsters and Lady Marsters, traditional leaders, members of the Religious Advisory Council, Queen’s Award recipients, high commissioners of New Zealand and Australia, Members of Parliament, members of the various uniform organisations, and members of the public.

In his official address, acting Prime Minister Robert Tapaitau said the Memorial Service was held to remember the magnificent life and lasting legacies of Her Late Majesty Queen Elizabeth II.

“The decision to hold this one-off public holiday and Memorial Service in the Queen’s honour is also in line with similar holidays and events that have already taken place in the United Kingdom, New Zealand, and Australia,” Tapaitau said.

“Simply put, it was only right and fitting that a remarkable woman who dedicated her life to others was recognised in this way.

“Even before ascending the throne, the then-Princess Elizabeth on her 21st birthday, pledged to devote her whole life, whether it be long or short, to service.

“Respect was not a given, but something you earned and following her father King George 6th death in 1952, Makea Nui Teremoana Ariki, and her husband Dr Tau Cowan MBE, represented the Cook Islands at Queen Elizabeth’s Coronation on June 2, 1953, while Flight Sergeant Marama Nicholas represented Cook Islands’ war veterans.”

In 1965 Queen Elizabeth II became Head of State of the Cook Islands when the country became a self-governing nation in free association with New Zealand.

The Cook Islands are a constitutional monarchy within the Realm of New Zealand and the Queen had been Head of State of the Cook Islands since August 4, 1965.

The late Queen Elizabeth II undertook her first and only royal tour of the Cook Islands in January 1974 for the opening of Rarotonga’s international airport.

Her Majesty arrived on the British Airways DC-8 accompanied by her daughter Princess Anne and Captain Mark Phillips and were given a royal welcome when they landed on the tarmac.

During her visit she also knighted the late Albert Henry the first Premier of the Cook Islands who is the first and only person to be bestowed a knighthood on Rarotonga rather than in London.

Tapaitau said Her Late Majesty understood implicitly the responsibilities that came with her position.

“She was steadfast in her resolve to serve her people and above all else, her faith in our Lord and Saviour was strong.

“And that is why the outpouring of grief and respect shown to the Queen not only in the United Kingdom but from all corners of the globe, is something I believe we will never see again, I certainly will not in my lifetime.”

On behalf of the King’s Representative and the people of the Cook Islands, the Prime Minister left behind a recorded video message and a handwritten message in the condolence book at Lancaster House.

Tapaitau yesterday shared PM’s handwritten message: “She was our Queen too; she was there when our country was born as a modern nation in 1965 as the Cook Islands. She became our Head of State. The Queen was much loved and admired by her people in the Cook Islands – she will be well remembered.”