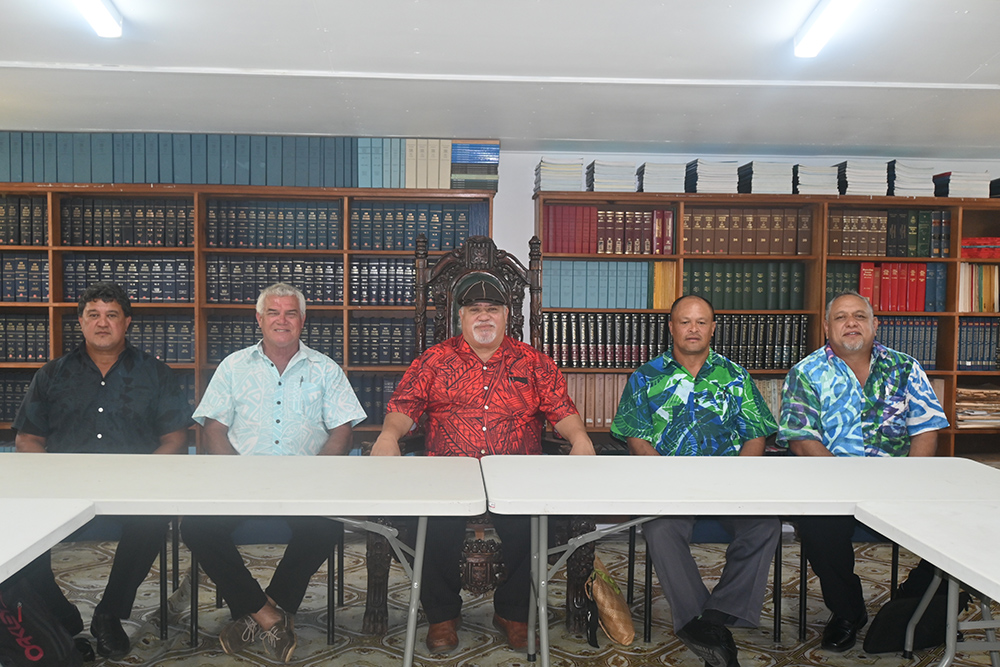 Four new Members of Parliament got a crash-course in procedures on Tuesday.

Tukaka Ama (MP for Ngatangiia), Robert S. Heather (MP for Akaoa), Timi Varu (MP for Ruaau), and Teokotai Herman (MP for Vaipae-Tautu) attended the event, which featured sessions on the Constitution, the Parliament Handbook and the new Standing Orders.

They also got information on members’ entitlements, and tips on how to give their maiden speech to the House.

Ama, of the Cook Islands Party, said it had now sunk in that he was an elected MP.

“It was a bit of a long journey to get there, we were tied on election night, but managed to get enough votes to pull through in the final count,” he said.

“I found the day really interesting, in terms of what are some of the ‘dos and donts’ around parliament and what the expectations are.”

Ama said it was also a good opportunity to meet some of the other new MPs.

“Now that the election campaign and all that is over, it’s important that we all look to get the job done. My constituents will be asking a lot of me, and I need to deliver. There’s a lot of work to be done in my constituency, particularly when it comes to essential infrastructure such as roads,” he said.

Heather said it was a good learning experience.

“It gave us a good idea of what we can and can’t do as elected members,” Heather said.

“There’s a lot of reading and catching up to do.”

Heather, of the Cook Islands United Party, said he was coming to terms with the fact he was an MP.

“I know I won’t be able to sit on my backside, I’ll have to be out there helping my constituents and making sure things get done. I’m looking forward to it.”