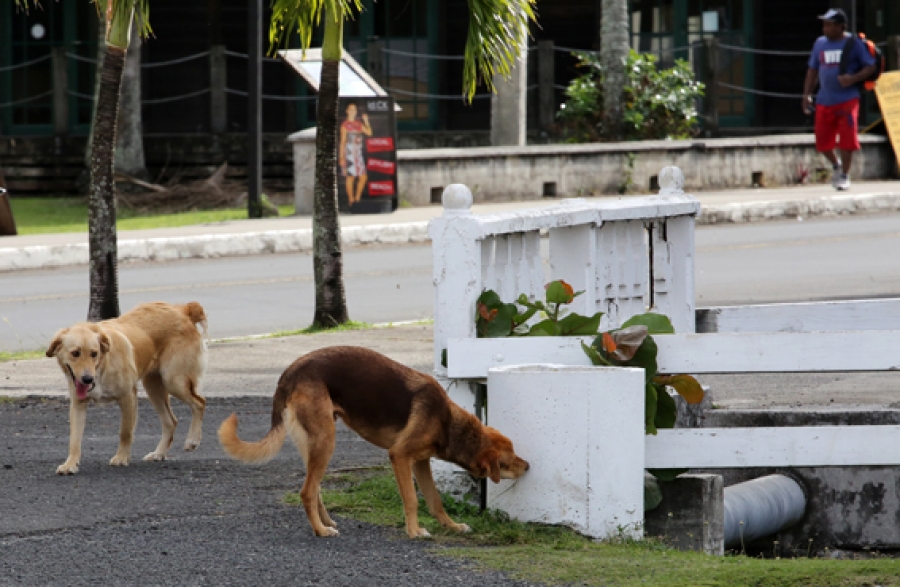 During this period, there were 15 reported attacks on people, all injured from minor nips to bites, and 33 attacks on livestock and other animals resulting in deaths, mainly pigs and goats. PHOTO: CI NEWS.

Leigh Stephenson, who is retired and lives in the Cook Islands for about four months in the year, reported that he was attacked by a dog near Nikao on Wednesday.

“I was travelling on my bike, and I noticed about six people near the High Commission Complex near the Social Centre,” Stephenson said.

“My bike was stationary, about 10 metres away from this group, when a dog leaped out and bit me.

“I had never been bitten by a dog before, so obviously it was a bit of a shock.”

Not too long after that, he noticed someone driving away in a vehicle which looked like it had the dog inside it. Stephenson took down the registration number of the vehicle and subsequently passed it off to the police.

He went to the hospital to have his injuries dressed, and has since had to go back twice to the clinic to get it redressed.

“It bled quite badly, and I’m out of action for about a week. It’s more annoying than anything else, but I would hate this to happen to a tourist,” Stephenson said.

During this period, there were 15 reported attacks on people, all injured from minor nips to bites, and 33 attacks on livestock and other animals resulting in deaths, mainly pigs and goats.

“Police remain concerned about dog control despite the increased awareness about the problem over past months. Our Dog Ranger is attending to these complaints on a daily basis,” Pitt said.

“This month (October), the attacks have continued – including another tourist getting bitten. Police are doing their best to deal with menacing dogs and also bring the strays problem under better control. Dogs are being put down, regularly.”

Pitt said the registration of dogs has also dropped off from an initial rush back in April.

“Owners will need to provide proof of registration if asked so it’s in their interests to ensure the dog(s) is tagged. A collar is not proof,” Pitt said.

“It costs $50 for male dog and $60 for female dog. We have been advertising on CITV, radio stations and social media to remind the public about having their dogs registered with CIPS,” he said.

He said dogs are microchipped when they are desexed.