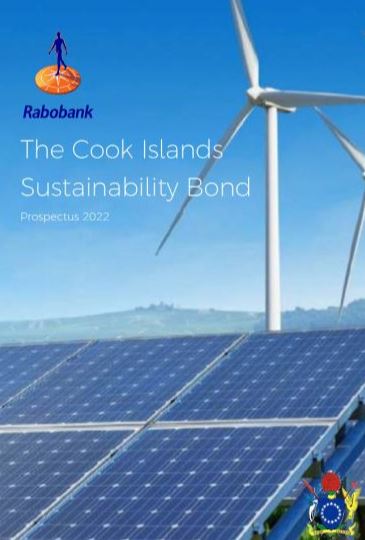 Cook Islands authorities are embarrassed by the re-emergence of a phony bond scheme purporting to be from the Government.

The scam, which features a false prospectus reputedly authored by Rabobank and the Cook Islands government, has been uncovered by the Financial Markets Authority (FMA) in New Zealand.

“FMA is concerned that the investment offering, ‘The Cook Islands Sustainability Bond’, may be a scam targeting New Zealanders,” the FMA’s recent statement says.

Cook Islands Prime Minister Mark Brown has said he was disappointed that the country’s efforts to entirely convert the country to sustainable and renewable energy were “being targeted by crooks” as a potential way of stealing from investors.

A statement from the Prime Minister’s Office on Wednesday says the Cook Islands Finance Intelligence Unit (CIFIU) was first alerted to the scam in early October.

“The Cook Islands government does not have any bonds or investment schemes that people can invest in,” the statement says.

“Banks and government agencies in both countries have been sharing information and working collaboratively.

“It appears the scam was discovered before any funds could be misplaced. Being vigilant and having sophisticated systems in place is what caught this scam in time. Scammers are also sophisticated in their planning. People should be extremely careful before they place their hard-earned savings into ‘bonds’ like this.”

The FMA’s statement says individuals who submitted interest through the website comparefixedtermdeposits.com were approached by a Mr Jacob Taylor, who claims to be a senior investment manager at Rabobank.

“Individuals were presented a prospectus for the offering, which features Rabobank’s logo and their CEO’s name, and were requested to transfer funds to a third-party account. Rabobank has confirmed that they are not connected with this offer or the individual purporting to work for them,” the statement says.

“The FMA recommends undertaking due diligence and exercising caution before making any investment.”

A spokesperson for Rabobank told Cook Islands News: “Since becoming aware of the fake product disclosure statement, we’ve been working closely with the Financial Markets Authority to raise awareness of this scam.”

“Actions we’ve taken to warn our customers about this scam include adding a pop-up banner at the top of each page of our website warning site visitors about the fake prospectus,” he said.

“This banner was put up as soon as we became aware of the scam and remains on our site now. The banner includes links which provide further detail about the scam as well as security tips.”

The spokesperson said the bank had also posted on the Facebook page about the scam.

“Beyond our efforts to tell our customers about this fake disclosure statement, we also regularly communicate information to them about how they can protect themselves from scams,” he said.

“These communications direct customers to the Consumer Protection website and other sites which provide information on how they can check for scams, recognise if they’re being scammed, what to do about different types of scams, and how to stay up to date with recent scam activity.

“In addition to this, Rabobank, and other New Zealand banks, also work closely with the New Zealand Banking Ombudsman to raise awareness of scams targeting New Zealand consumers.”