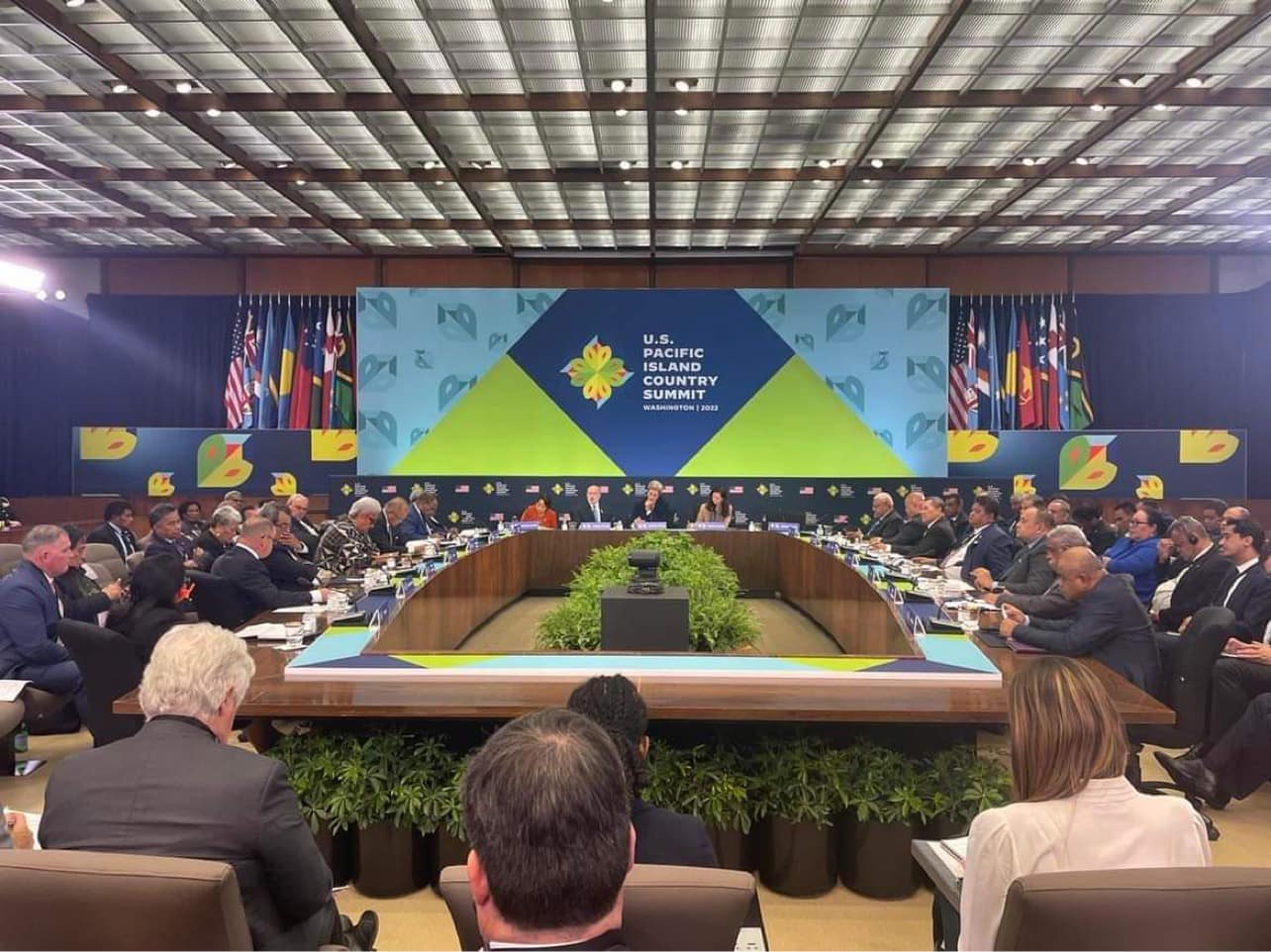 Cook Islands Prime Minister Mark Brown has called on the United States to join in the global fight against climate change during a busy first day of the inaugural United States-Pacific Islands summit.

At the summit, Prime Minister Brown welcomed the U.S. Government’s re-engagement in the global fight against climate change.

He said President Joseph Biden’s commitment to climate change action through the appointment of Special Envoy on Climate Action John Kerry has been impressive.

However, PM Brown called on the U.S. and developed nations to “move beyond political pledges to implementation and deliver on climate finance commitments”.

During the first day’s engagements, Brown spoke of the “triple whammy” of crises confronting the Pacific – the existential threat of climate change (consequent sea level rise and increasing frequency and severity of natural disasters), health crisis (non-communicable diseases and Covid-19) and rebuilding economies that have been destroyed by Covid-19’s impact over the past two years.

“The U.S. and developed nations have to step up and deliver now on their climate finance commitments,” PM Brown said.

“We need increased grant and concessional lending and support to reform debt financing modalities so Pacific Island Countries, and particularly those assessed through the flawed GDP/capita measure as ‘high income’ can provide and ensure the health and security of our Pacific people.”

PM Brown, supported by Ministry of Foreign Affairs and Immigration officials, together with 12 Pacific Islands Country (PIC) Leaders, began the two-day US-PIC Summit with a full day of discussions held at the Department of State in Washington DC yesterday.

The first session began with a working lunch chaired by Secretary of State, Anthony Blinken, focusing on People Centered Development in the Pacific. The session covered economic, cultural, educational and sporting opportunities for PICs with the U.S.

The second session, a multilateral discussion convened between U.S. Secretary of Commerce Gina Raimondo and PIC Leaders, focused on economic and trade opportunities between PICs and the United States.

The day’s final engagement was a discussion on challenges in the maritime domain – maritime domain awareness, Illegal, Unreported and Unregulated (IUU) fishing, and maritime law enforcement followed by dinner hosted by the U.S. Coast Guard at their Headquarters.

“The Cook Islands has always been interested in greater direct engagement with the U.S. and the face-to-face engagement opportunities today and tomorrow afford the Cook Islands, PICs and the U.S. administration the chance for a new chapter to our relationship,” PM Brown said at the end of the first day’s engagements.

The second day of the summit which began early today promises to be a big day, with anticipated announcements by President Biden who will host PIC Leaders to a dinner at the White House to close the Summit.

In addition to MFAI officials, PM Brown and PIC Leaders and their delegations are also being supported at the Summit by officials of the Pacific Islands Forum Secretariat headed by Secretary General Henry Puna.