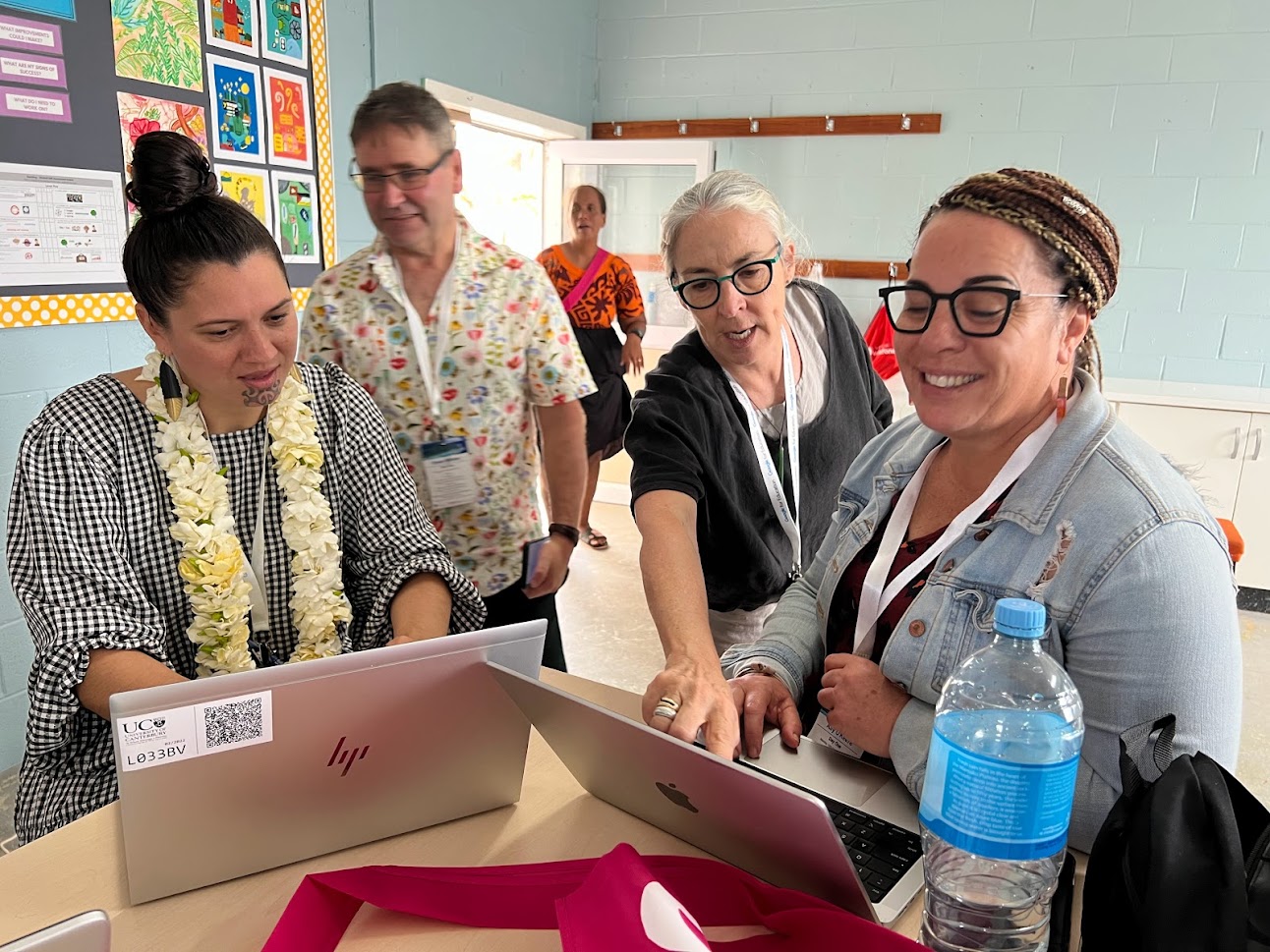 The summit, which had Google as a major sponsor, had local and New Zealand teachers take workshops on using technology in classrooms, effective teaching practice and cultural capability.

The summit was run on Monday and Tuesday.

Deputy Apii Te Uki Ou principal and the summit organiser on the Cook Islands side, Kim Noovao, said she hoped the summit happened every year in Rarotonga.

“It’s the first in the Pacific Islands, so that’s a big deal.

“It’s mixing Cook Islands teachers and New Zealand teachers, and sharing that partnership between them which is the real gem.

“What we’re seeing in the sessions is the Cook Islands teachers and the kiwi teachers, talking and connecting and sharing.”

Noovao said the conference was “huge” for teachers’ development from both countries.

“Our Kiwi teachers, they have a huge amount of Pacific Islanders in their classrooms, and it’s connecting them to what it’s like here, and vice versa.”

The New Zealand organiser, from Auckland education organisation Manaiakalani, Dorothy Burt, said Google summits were run all over the world to develop professional learning, especially focused on the digital world.

The technology workshops included using Google apps, and even taught teachers how to fly drones for classroom teaching.

Burt said using drones in a classroom setting could relate to maths and social studies.

“There’s so much teachable learning in just an activity like that.”

For cultural capability, Burt said it was important for New Zealand teachers to be culturally based in their teaching.

Burt said every person who came to the summit had to pay their own way, which included air fares, registration fees and accommodation.

“We didn’t invite any speakers or anybody who would expect to be paid or have accommodation paid for them, we wanted to have costs as low as possible so everyone who wanted to could come.”

Registration cost $200 per person, but local teachers were sponsored by the Bank of Cook Islands to attend.

“It’s been really good to have something like this in the Cook Islands particularly with how it links to Google education.”

However, Taua said her school had technological challenges and wasn’t sure if everything taught at the summit could be used.

“For us we have issues with devices, we don’t have enough devices in schools and then the internet connection can sometimes be a bit up and down.

“What we’ve learnt is great, it’s just having the practical application in the classroom.”

Taua said she would look at implementing what she learned about Google apps in the upcoming school term.