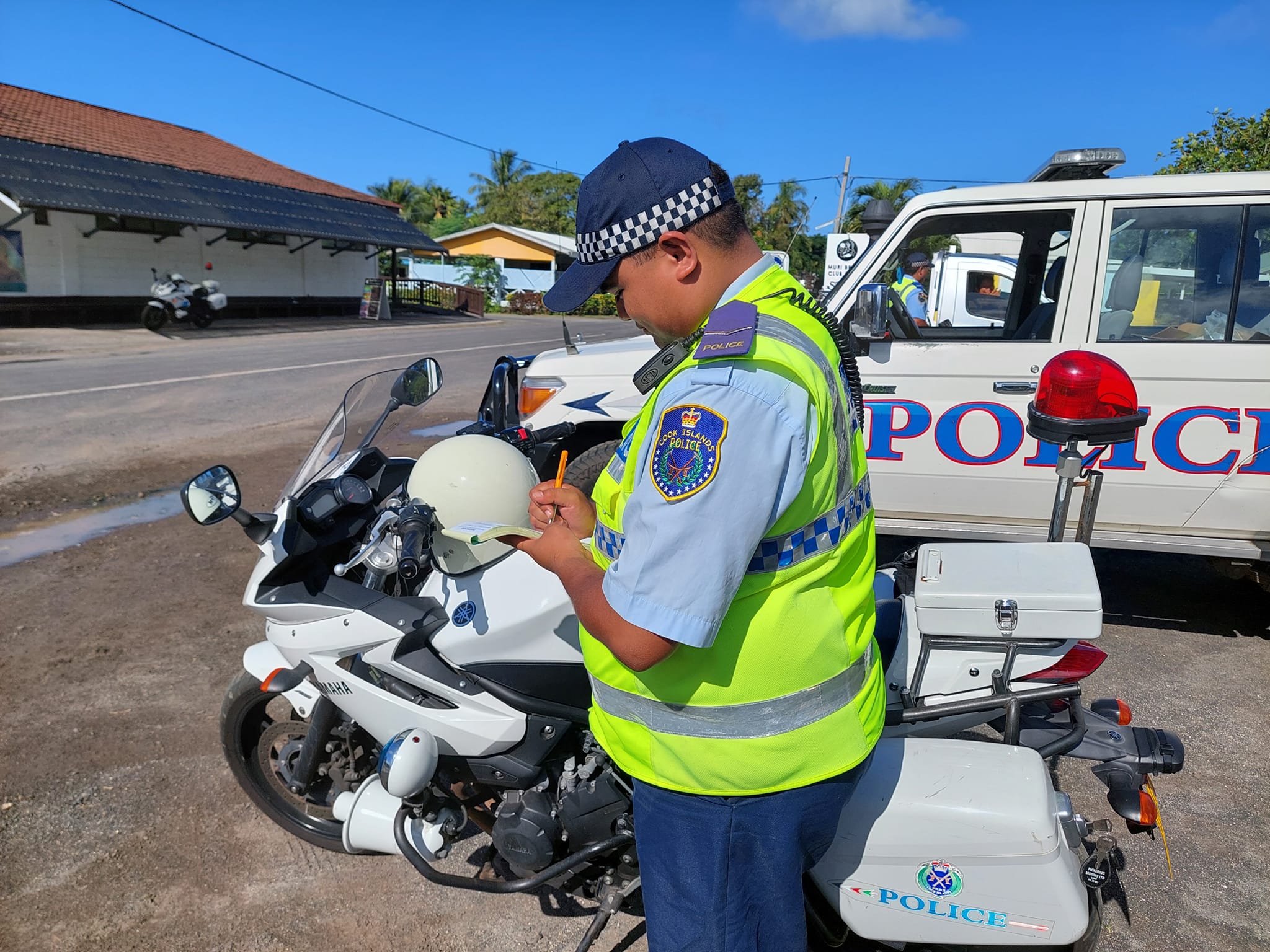 A policer officer at a traffic checkpoint in Muri. Road incidents remain a concern but annual figures of domestic violence, theft, and the unlawful taking of motorbikes are all trending low in comparison to previous years. POLICE MEDIA/22101235

Annual figures of domestic violence, theft, and the unlawful taking of motorbikes are all trending low in comparison to previous years, according to latest Police data.

While theft and stolen bikes have been trending downward for several years, domestic violence is dropping back down after spikes during the Covid-19 years in 2021 and 2020.

Reported thefts currently stand at around 40 per cent lower than last year – 80 to the end of September.

“Theft has shown a steady decline in number annually since at least 2010, so more than ten years,” police spokesman Trevor Pitt said.

“Both tourists and residents are falling victim.

“Based on the monthly average, we don’t anticipate a blow out of the number of incidents; but of course, there are three months to go.”

While the gap would narrow over the last three months of 2022, reported incidents are not expected to exceed 2021, Pitt said.

“Greater caution and care around the security of property and valuables is the key to reducing this crime rate, particularly as visitors tend to relax their guard in a holiday environment, and residents often take the safety of homes and valuables for granted.

“A higher degree of awareness must be promoted, as the items at risk today can be of considerable value, compared to years ago.

“However, victims should keep in mind that any information regarding their loss may well be a crucial piece in resolving other incidents as well as their own; police succeed most when as much detail can be provided, especially by witnesses or neighbours.”

Receiving stolen goods was also a crime and Police requested that any individual or business that has been approached with suspicious goods or quantities, to exercise due diligence, Pitt added.

“Generally, there are less bikes recovered than stolen, which may indicate an intent of transforming the vehicle or using it for parts.

“In some cases, Police are not advised that a motorbike has been found.

“Occasionally, a motorbike is simply taken by an associate or family member without asking, or even hopping on the same model by mistake.

“Overall, the safety principles should be heeded, do not leave the key in the ignition and avoid leaving the vehicle overnight in a vulnerable, darkened area, even around home.”