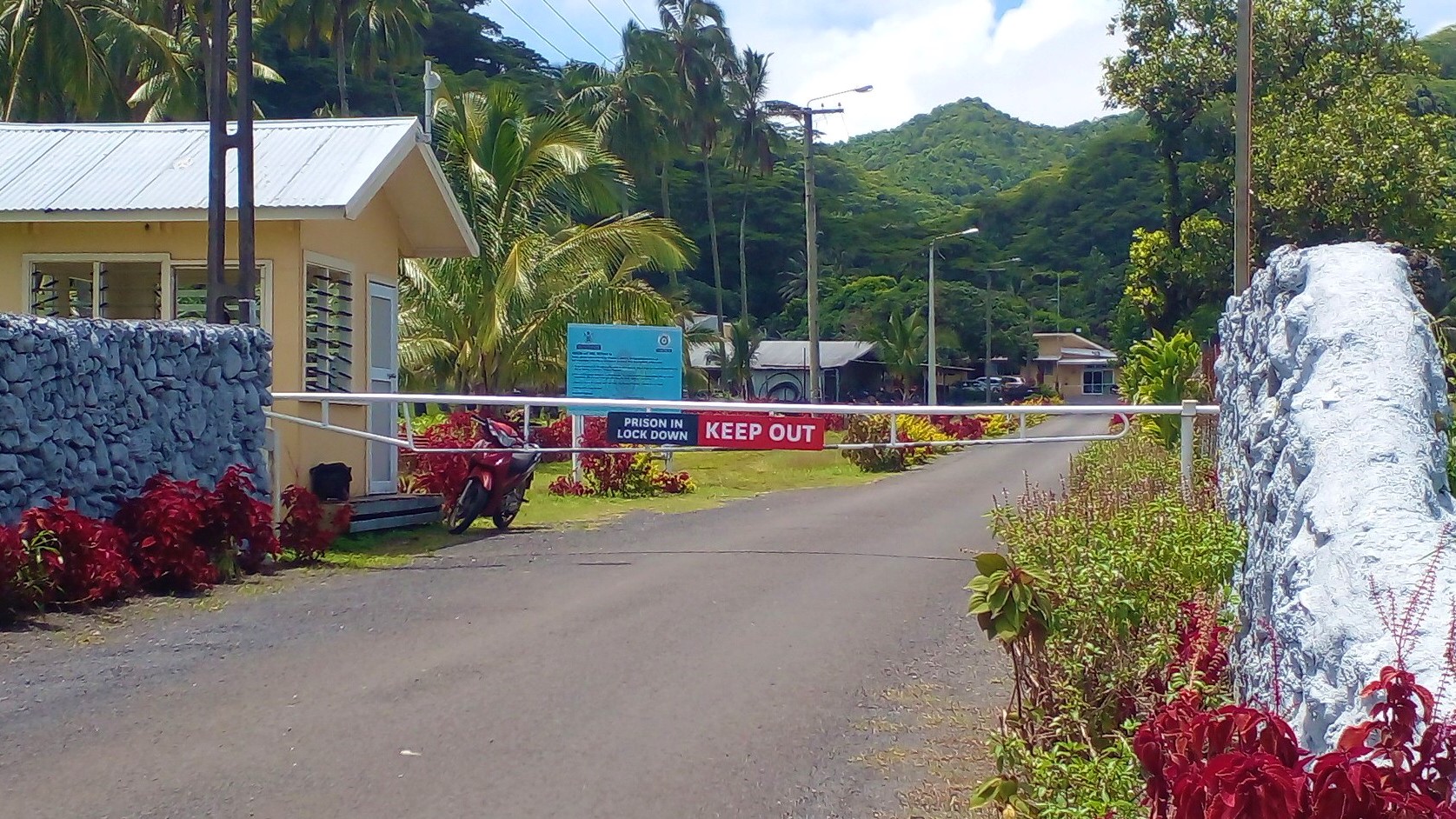 Authorities remain tight-lipped following claims of inhumane treatment at Arorangi Prison. Cook Islands News has again approached authorities, as Rarotonga lawyer Norman George has questioned the nation’s legal system and institutions, and called for a committee to be set up to review it.

His calls come amid claims prisoners are being beaten and abused at the jail.

Minister Maggie said he did not know anything, and the matter had nothing to do with him.

Again, on Monday, Minister Maggie said he did not know anything.

Ataera was convicted of possession of cannabis for the purpose to supply in July, 2021, and sentenced to three year’s jail.

At his sentencing it was reported he had eight different medical conditions and those conditions made prison unsuitable.

Ataera, now in Auckland for treatment, described conditions at Arorangi Prison as inhumane, claiming he witnessed other prisoners being beaten and punched, then moved to maximum security.

That included a four-month spell in maximum security for him.

Speaking to Cook Islands News from Auckland last week, Ataera said his condition has deteriorated, leaving him debilitated and wheelchair-bound.

Cook Islands News contacted Police, Crown Law, Government and Health on Monday with more questions, asking if the legal system needed to be reviewed, and if there are any proposals in terms of addressing the legal system.

The newspaper did not receive a response.

The newspaper also asked authorities to respond to George’s claims that: “We have the worst system around, poorly funded, over bureaucratised and controlled, and not worth it”.

“A good example is we have no Sentencing Act, so we have been using the New Zealand Act, and I find it extremely harsh. Sentences in the Drug and Narcotics Act are three times harsher in our current Act than the NZ laws,” George said in a letter to the paper.

“Right now there are only three active lawyers practicing in the Criminal Bar.”

George also said lawyers are not attracted because most clients do not or are unable to pay their legal fees, “the NZ system is well funded with lawyers graded according to their experience”.

“I am the only one doing trial by jury in the Cook Islands. My concern is that I am not going to be around forever; we need to establish a Public Defenders Office, with lawyers paid salaries to defend people facing criminal, traffic and other charges.”