Budding cricketers get a hand with new coaching programme in schools 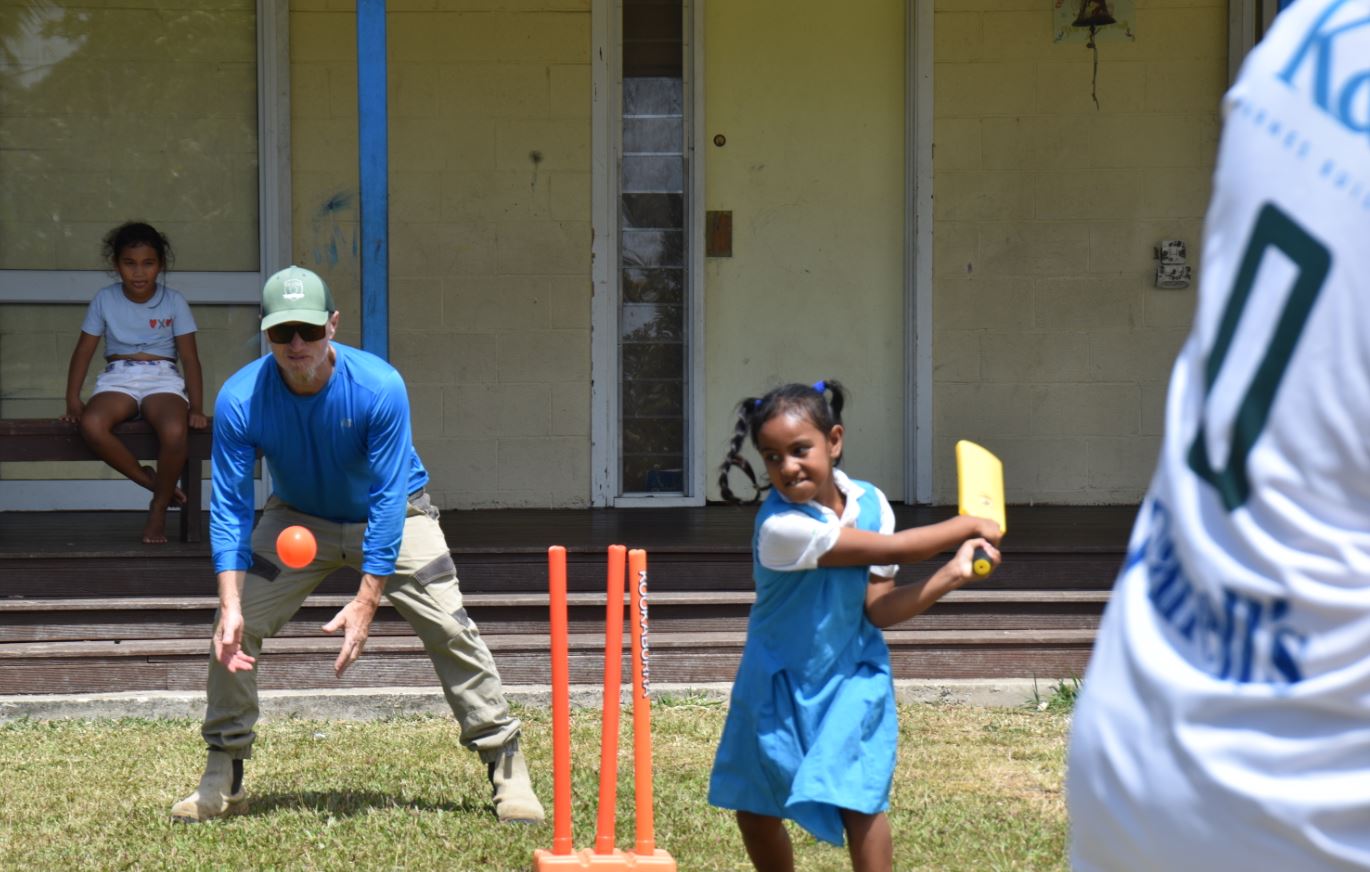 Cook Islands national cricketers Hori Miller (wicket keeping) and Thomas Parima (bowling) assist with a Criiio Cricket Programme, which has been introduced at St Joseph’s School on Rarotonga. The programme will be expanded in 2023. PHOTO: AL WILLIAMS 22112324

Cricket is getting a much-needed boost at junior level on Rarotonga with the introduction of an international coaching programme in schools.

The game is growing in profile as younger generations tune in to the faster paced T20 matches.

On top of that, Cook Islands national men’s cricket team recently toured New Zealand and Vanuatu to participate in the East Asia Pacific Sub-regional qualifier in an attempt to qualify for the 2024 T20 World Cup to be played in the West Indies and USA.

There was much euphoria as the team and wider group of followers and family buzzed about the tour for days and weeks afterwards.

Cook Islands entered the tournament unranked in T20 internationals. In recent ICC rankings released after the tour Cook Islands was ranked 55 out of the 82 ranked teams.

The massive improvement in ranking will hopefully mean improved funding from the ICC and it could also mean more opportunities to play at the international level and not just in T20’s, but one-day (ODI) cricket as well.

Building on the back of that, Cook Islands national coach Craig Murray is working to build the sport’s profile in local schools.

He is leading a coaching programme on Rarotonga and will expand the programme in 2023, as Year 13 Tereora College students will get the opportunity to take part in the ICC approved programme, as part of their curriculum.

He was assisted by Cooks national cricketers Hori Miller and Thomas Parima at St Joseph’s on Wednesday when Cook Islands News caught up with him.

“Cricket has been dormant in schools here for about four years,” he said.

“They were all looking to do it.”

The Criiio Cricket Programme, developed by ICC, is aimed at Year 1 to 8 students and touted as an easy to deliver eight-week lesson plan which introduces the fundamentals of batting, bowling and fielding as well as the basic rules of the game.

It provides a fun first experience of cricket to participants new to the game.

It has been developed by leading educational and cricket experts with the main purpose of getting people active.

It can be used by schools, clubs, communities and individuals and is based on a number of key principles:

• A fun first experience for someone new to cricket
• An adaptable resource that you can adapt to suit your group (age, ability, space, time)
• A programme which is Facilitated not coached

Murray said: “It’s about showing kids that cricket is a fun game.”

“It’s also about developing their skills to a point where they can play.”

He hopes to take the programme into more schools from term one next year.

“Cricket is a great game, it’s a sport that draws you in, and it is quicker these days.

“The T20 has brought a lot of new fans, and the format is suited to the islands.”