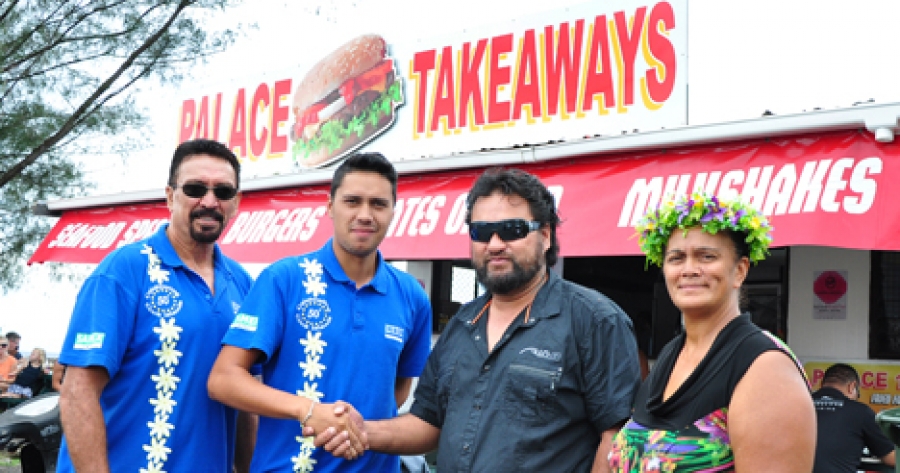 Kristopher is the only island-based player selected for the Cook Islands team attending the Touch World Cup in Australia this month.

Kristopher begins his second world cup campaign today when he leaves the island backed by the well wishes of his family and village.

This week Avatiu Member of Parliament Albert Nicholas continued a long standing tradition in the village of sharing words of encouragement to village athletes representing the country at an international event.

“It’s not every day an athlete from the club represents us on the world stage in any sport,” says Nicholas.

“We are happy we can claim that one of our own has reached this level and I’m not surprised the boy has reached this, because you only have to look at his sporting family.”

Kristopher, the son of legendary sportsman George George, also received moral support from Palace Takeaways – an iconic business in the Avatiu village that has always supported sports development in the village since it was opened by the late George Nicholas and wife Isabella.

“Congratulations on being the only home-based player in the team,” says Nicholas.

“This is a proud moment for us as you represent your family, our club and the nation. Good luck.”

The world cup tournament is set to run from April 25 to May 5 and is sure to be the best testing ground for Kristopher, who is also keen to represent the Cooks at the Pacific Games to be hosted in Papua New Guinea.