Touch season off to ‘perfect’ start 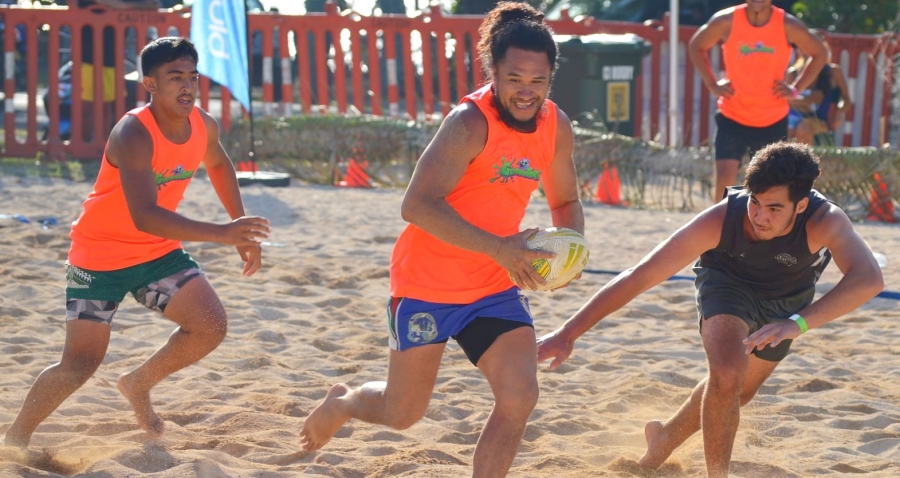 Fierce competition was witnessed at the beach Touch competition this week in Nikao. CISNOC/20010836

The 2020 Touch season received a perfect build-up ahead of their domestic competition, thanks to the Cook Islands Beach Games.

The games which is being held at the Beach Courts in Nikao features four sports. Apart from Touch rugby which ended on Tuesday, the event also has 3x3 basketball, handball and beach volleyball competitions.

Cook Islands Touch president Daphne Brown said the Beach Games was timely for the clubs preparing for their season, expected to start later this month.

A fortnight ago, the Touch association held its annual Boxing Day event which also helped local teams with their build-up.

In the coming weeks, the association will hold muster competitions which will serve as the final preparation before the season starts proper next month.

Brown said: “the Beach Games is another good build-up apart from the Boxing Day Touch and the muster games leading into our main season”.

She said they hope these two tournaments would help increase the number of teams in the upcoming domestic competition.

“The main season mostly have the regulars in the men’s and women’s divisions but it’s the mixed competition that brings in a lot more teams. We are hoping for the same this year.”

The side finished ahead of RBDC and KAPS in a closely contested two-day competition.

Notchya, RBDC and KAPS finished with four wins and loss each.

However on count back of points scored over five games, Notchya came ahead with 84 points, second placed RBDC on 80 points and third placed KAPS on 53 points.