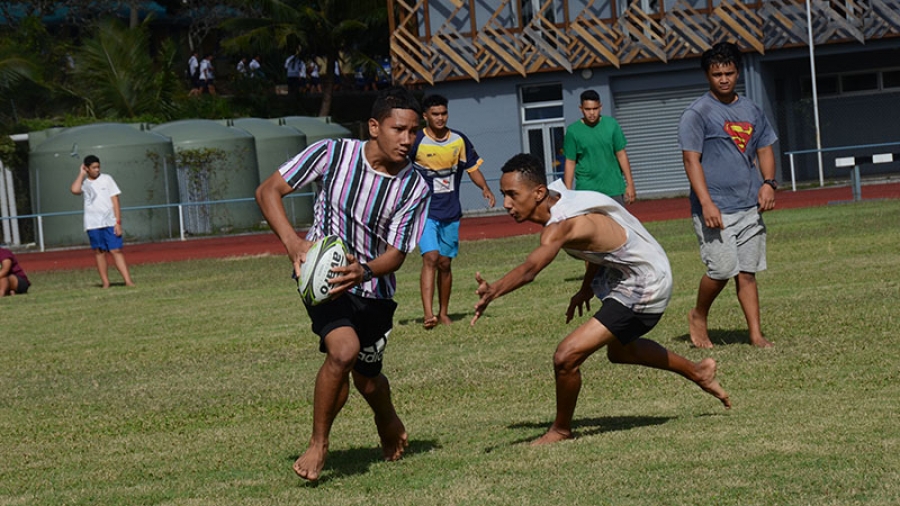 Even better, everything they were taught about the rules of touch rugby and how to play the game properly were all part of the students’ sports science programme and helped them gain credits for NCEA Level 1.

The level of skill on the field during the Level 1 Touch Assessment yesterday was impressive, Piri said.

“We gave them the basics and they did really well,” he said.

“As long as they were having fun on the field, that’s the main thing.”

Daphne Brown said this was the first time the National Touch Federation was involved in delivering touch sessions for Level 1 Sports Science students and they look forward to continuing with this in the future.

“Today’s tournament was a great opportunity to see the students put into practice all that they have learnt while having fun at the same time. They were indeed impressive,” she said.

“I am extremely pleased and acknowledge the coaching work that Conrad Piri, Juwaan Terekia and Genesis Piri have put in for the students including the national reps that assisted them, Andrew, Geoff Halston, Julz Westrupp, Rima Browne and Tekura Moekaa.”