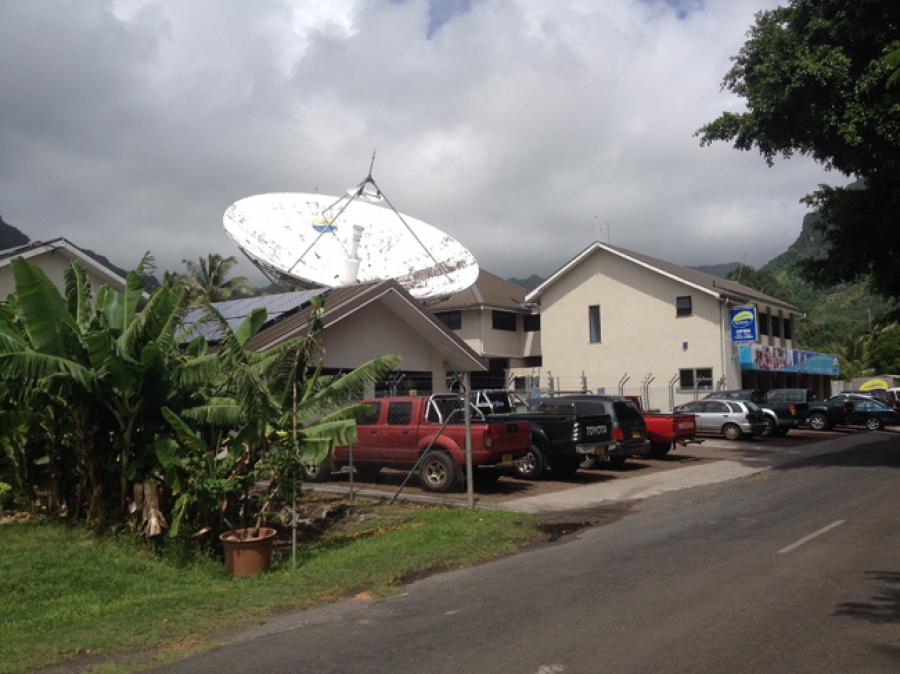 Locals, including management of Telecom Cook Islands, are joining together to submit an expression of interest in purchasing the majority stake of the company. 14040719

The expression of interest was submitted by the consortium’s primary representatives for the local investors, Brian Baudinet and the current executive management team of Telecom Cook Islands Limited, in association with Pacific regional telecommunications provider, Bluesky.

The expression of interest detailed the consortium’s commitment to satisfy all the terms that were publicised in the recent Cook Islands News advertisement that called for local interest to match an offer from Digicel to purchase the shares of Telecom New Zealand in Telecom Cook Islands Limited for NZ$23 million.

It emerged from local discussions that reflected mutual interests of its partners to match the Telecom New Zealand share offer with a localised bid, while also securing equity for the TCI management team to ensure the local management and staff retain the running of the company plus the security of their jobs.

Further input and guidance was sought and invited from Bluesky, a regional Pacific telecommunications operator who could provide network management support for TCI and partner with the consortium.

“That provider needed to have Pacific Island values and be open to working with Cook Islanders as partners and shareholders who share a history and vision for technical innovation, and who could provide supportive expertise and new services for the Cook Islands.”

“Bluesky - who operate telecommunication and multimedia companies in American Samoa and Samoa - meet all of the above categories.”

He said Bluesky had been very successful in turning around the financial performance of operator SamoaTel (now Bluesky Samoa) since the purchase of the corporation from the Government of Samoa in 2011, which also saw the setup of 25 per cent shareholding in Bluesky Samoa for the people of Samoa to invest via the Unit Trust of Samoa (www.utos.ws).

“The management team of Telecom Cook Islands have had a long relationship with Bluesky and, over the years, have shared resources and expertise to benefit both companies. It’ a really good fit for the Cook Islands and will ensure there will be a pathway to develop locally grown skilled staff and still benefit from the support of a successful established international partner.”

The consortium’s statement did not say how much investment would be put in by BlueSky.

Baudinet says the consortium looks forward to progressing discussions with Telecom New Zealand and the Government of the Cook Islands.

The latest expression of interest follows that announced by William Framhein’s Kukicel consortium on Friday, which has a third backing from a Hong Kong-based firm Distacom.

Meanwhile the Business Trade Investment Board has made a last-minute decision to extend the advertising period for shares in Telecom Cook Islands by another 60 days.

Telecom New Zealand has entered into a conditional agreement to sell its 60 per cent stake in Telecom Cook Islands (TCI) to Digicel for $23 million.

Local rules stipulate that those shares have to be offered in the Cook Islands for 30 days so that interested locals can submit expressions of interest.

That 30-day period ended on Saturday but the Business Trade Investment Board (BTIB) held an urgent meeting on Friday and extended the period to 60 days.

Chief Executive Terry Rangi said the Board has changed the rules to give locals a fair crack at buying the 60 per cent stake.

“The public interest in this matter has been significant and we would not be doing justice to local expressions of interest, as they will need time to get their proposals and finance together and submit these to Telecom NZ. It’s too important an asset,” he said.

Both Telecom NZ and Digicel were notified of the decision on Friday afternoon.

Rangi would not comment on their reaction but both companies are likely to be frustrated by the delay.

The decision to extend may be the result of a request from Mike Tavioni, who is gathering the names of Cook Islanders who want to invest $1000 each for an equal share in TCI.

“When you’re talking about millions of dollars, 30 days is too short. It’s a substantial amount of money and it’s a major national asset, so we should be given at least three months to come up with the money,” Tavioni told CINews last week.

After Tavioni met with Rangi last Monday and asked him to extend the time limit, Rangi said he didn’t think it would be prudent to “shift the goalposts”

Editor's note: An earlier version of this story said the Business Trade Investment Board had extended the advertising period for shares in Telecom Cook Islands by another 30 days, rather than the correct figure of 60 days (90 in total).