Technology could boost our economy 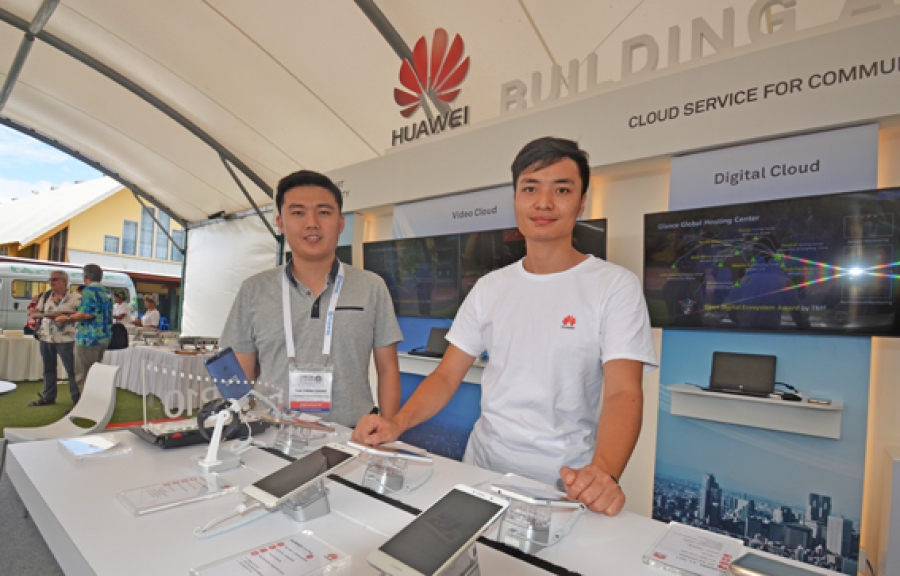 An effective command centre that could be used in disaster management is among equipment Huawei is demonstrating at the 21st Pacific Islands Telecommunication Association (PITA) AGM and Tradeshow at the National Auditorium.

The Chinese multinational networking and telecommunications equipment and services company has brought a team to showcase some of its new technologies that representatives say could improve the wellbeing of Cook Islands residents, as well as boosting the country’s economy

Barry Lerner, Huawei’s chief information officer for South Pacific region, said the company had been partnering with PITA to help improve the industry in the Pacific region.

Each nation had its own issues and Huawei was providing a platform to deal with them through its technologies, he said.

Huawei has a number of products on display at the PITA AGM and Tradeshow, which will end tomorrow.

Staff from their regional offices are on standby to explain the features of new technology and their uses to interested participants.

For the Cook Islands, Lerner whose focus is on innovation, transformation, strategy and planning to support the next gen business models, IP services and networks, said there were a number of options.

He said the country was on track with improving its connectivity after launching the 4.5G LTE-Advanced network solution, upgrading from its existing 2G/3G network, to meet increasing demand for mobile applications and services.

This launch was a collaboration between Huawei and Bluesky, the telecommunications and network provider in the Cook Islands, Samoa and American Samoa.

During a live test performed at the launch on Monday, the network recorded impressive 500Mbps single user throughput speeds.

Lerner believes the system will enable faster and more reliable connectivity throughout the islands to help fuel social and economic growth.

He said other ICT technologies such as Cloud Services and Wireless-to-the-Premise (WTTx), LiTRA, a broadband trunking solution based on the standard LTE network, would help the country meet demand for innovative services.

This would help grow the economy and also assist the Cook Islands to curb depopulation through providing its people with much improved telecommunications services, he said.

“(Through these ICT solutions) you can build motivation centres where young people can come and learn and pick up experience, because all the islands have the same problem – they are losing people. As soon as they get educated, and after high school, they go to university somewhere else and they don’t come back.