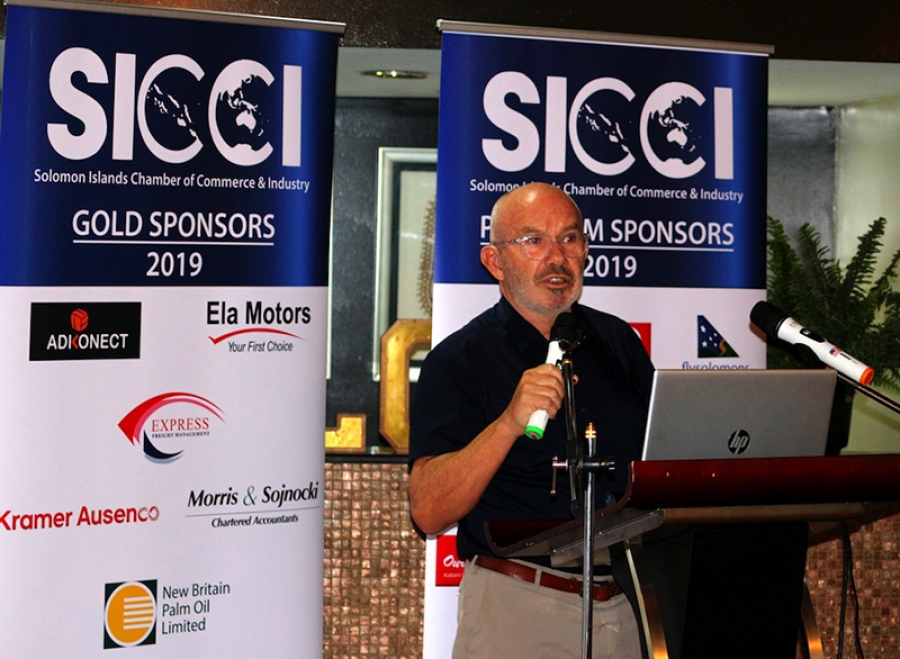 Bernard Hill has been appointed the inaugural member and chair of the new Cook Islands Competition and Regulatory Authority. 20022012

The official process of inviting a potential telecom operator to rival Vodafone Cook Islands will begin next month.

The government has appointed Bernard Hill to a three-year term as chair of the new Competition and Regulatory Authority.

The authority will set up a process to approve a second telecom operator.

Phillip Henderson, the chief executive officer at Vodafone Cook Islands, welcomed the announcement, saying this was an important milestone under the new Telecommunications Act.

“As a licensed operator Vodafone looks forward to working with Mr Hill to deliver on the outcomes of the new Act,” Henderson said.

“We are anticipating that the Authority will release regulations over the coming months associated with the telecoms sector and Vodafone will ensure that we will be in full compliance.”

He previously held the position of Head of Competition Affairs in the Office of the Telecommunications Authority in Hong Kong for six years where he also made a significant contribution to competition reform.

In a statement Deputy Prime Minister Mark Brown said: “I am pleased to announce the appointment of Mr Hill to this very important role as the first Cook Islands’ telecommunications regulator. The Authority and its Chair are critical to ensuring a successful transition from the current monopoly situation to an efficient, effective and competitive telecommunications market for the benefit of the industry and consumers.”

“Mr Hill brings to the position a wealth of experience in regulating competitive telecommunications markets in Asia and the Pacific and comes highly regarded as a dynamic, competent, knowledgeable and effective regulator.”

The statement also said Hill meets the statutory requirements for appointment to this position under the Competition and Regulatory Authority Act 2019 and was evaluated and recommended for appointment by an Evaluation Committee comprising the Financial Secretary, Solicitor General and Public Service Commissioner.