Top teams went all out in the final round of the women’s CIFA Beach Soccer Championship last weekend.

Tough battles are expected in the 2021 Beach Soccer Championship as teams vie for top finish in the final rounds.

League to make a decision on today’s matches

PNG will be ready for regional games

Baudinet serves up for national pride

Local tennis player Brett Baudinet is set to get acquainted with his tennis racquet again after being selected for the Pacific team to contest the Asia-Pacific Tennis League playoffs later this month. 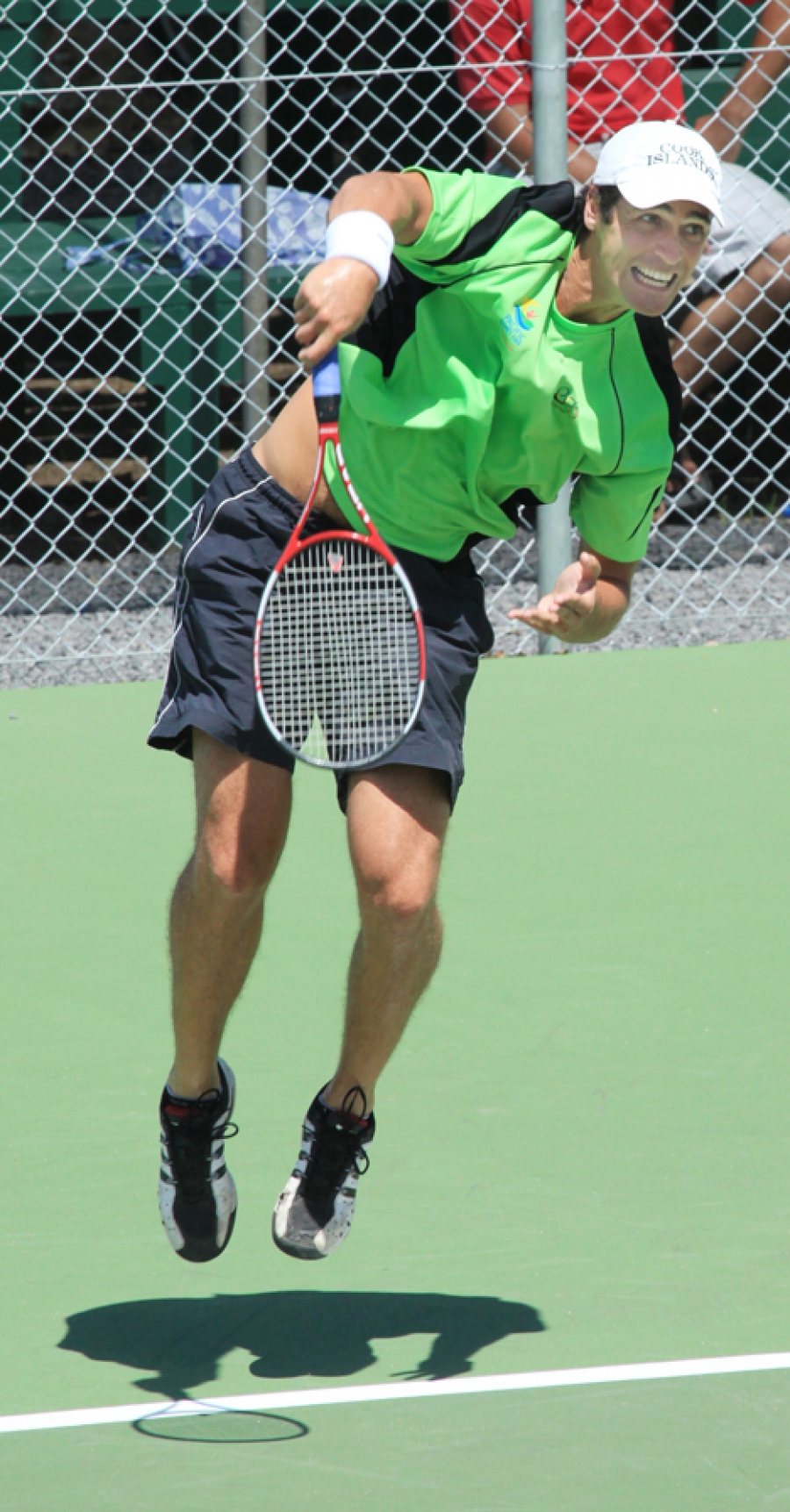 Dedicated sportsman and sports administrator Tony Hole was laid to rest yesterday with family and friends from around the globe gathering together to share the good times they spent with Tony. 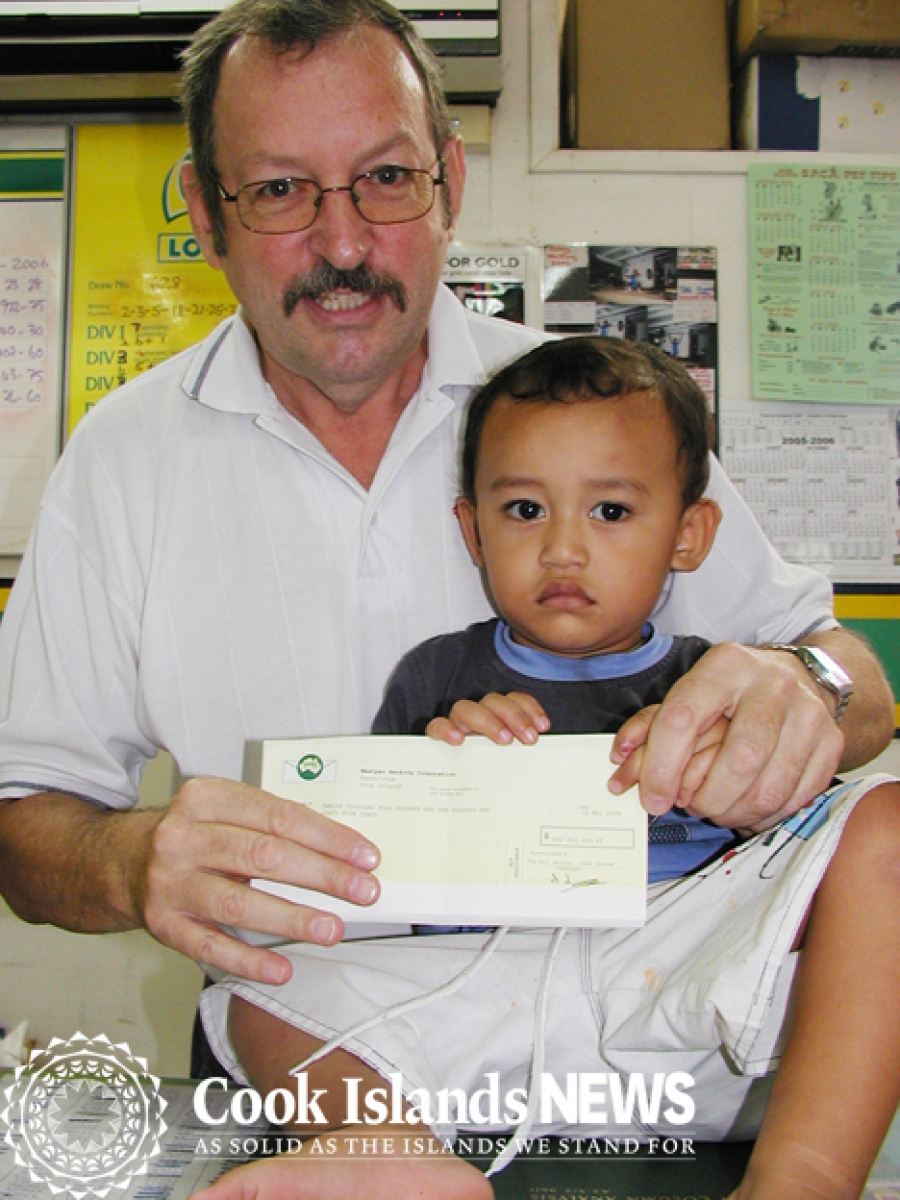 What's in the Telecom Sports Arena

Saturday 8: Seat extensions Indoor ‘outdoor’ seating at a sporting event is an experience that Cook Islanders and visitors will simply like or hate. However, the designers have tried their best to give the spectators a full visual of what will happen on court inside the Telecom Sports Arena. For the World Youth Netball Championship, […]

Thursday 6: Rules are rules, argues PGC, and the time to object was September 2008 A group of athletes will miss out on competing for the Cook Islands at the Pacific Mini Games next month because they don’t hold NZ passports. Foreign affairs secretary Mike Mitchell says he was disappointed after a last ditch appeal […]

Saturday 8: Our children are paving the way by coming to the airport all hours to welcome our participants for the WYNC and it just adds that extra touch to all the hard work by all those involved in making these championships a success story from day one. Titikaveka College came out to meet their […]

Saturday 8: On the eve of the World Youth Netball Competition happening, WYNC and PMG09 Security Coordinator Tearoa Tini Snr is emphatic that only people with officially recognised identification will be allowed into or near the Telecom Sports Arena. Security will be supported by the Cook Islands Police headed by Inspector Tere Patia. Their role […]

A lot at stake!

Saturday 8: Kia Orana Tatou and welcome to what’s left of me after a very, very busy week indeed. The World Youth Netball Championships are two days away from the first whistle, where we will see our very own Cook Islands maidens take on the might of Wales. I hope you all have tickets for […]

Saturday 8: Veteran New Zealand boxing official Keith Walker will add another signpost in his long career as a technical officer at the Pacific Mini Games next month. His main role will be to monitor the performances of the referees. He arrives this weekend for meetings with Boxing Cook Islands who want him to bring […]

1 August: The Cook Islands boxing team, which includes Eddie Daniels, Matthew Titoa, Osalai Akai and Marcus Jack, are at a boxing competition in Tahiti. The tour manager, Tom Marsters, is accompanying the boys along with Emile Cowan. The Cook Islands Amateur Boxing Association organised a lunch before the team left, which was attended by […]

1 August: The speedy upgrade to the bowling club’s facilities is giving lawn bowls a new zest – despite the news that the new lawn bowls green will not be completed in time for the Pacific Mini Games. Club president Veia Mani is delighted with the changes being made to the Cook Islands bowling centre […]

Jasmine's all go for WYNC

1 August: 21-year old Jasmine Gifford will be arriving with the Cook Islands under 21 netball team on Tuesday. Jasmine and twin sister Frances were part of the team training squad that visited the island earlier this year. While Jasmine has made the under 21 side – twin Frances is in the New Zealand mixed […]

1 August: Ina Marsters (pictured) is the competition manager for the Pacific Mini Games 2009 athletics programme. She is also the president for the Athletics Cook Islands and holds a vice president position in the Cook Islands Sports & National Olympic Committee. Ina’s involvement in athletics began in 1995 when she started coaching school children […]

Beautification for the games

1 August: Ina Marsters from CISNOC took us on a journey around Rarotonga to visit sites that have been beautified in preparation for the Games. We visited the Nikao nursery that was established two years ago under the 2009 Mini Games beautification programme, which was funded by the International Olympic Committee. The joint project between […]

Show them the real deal

1 August: Kia Orana Cook Islands. Wow! What a whirlwind of events this week. There is a new games minister with the departure of Wilkie Rasmussen … the Telecom Sports Arena has officially been handed over to the Cook Islands people … the World Youth Netball Championships’ early bird tickets sales have been a hit […]