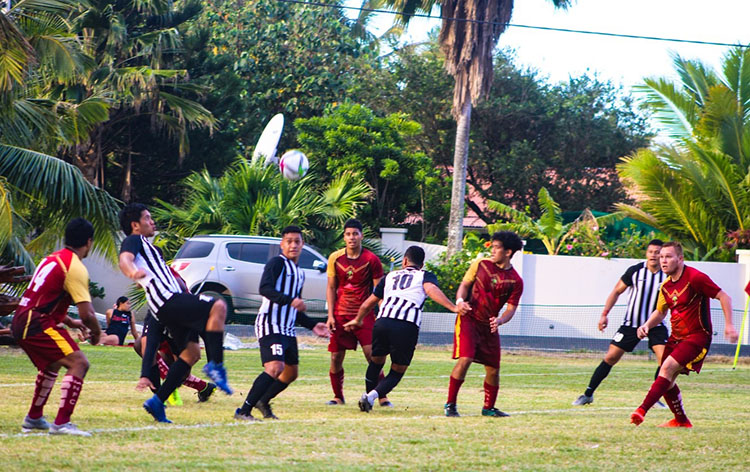 Tupapa Maraerenga and Nikao Sokattak are off to a good start in the domestic football competition.

Round Cup champions Tupapa Maraerenga has taken an early lead in the Tower Insurance men’s premiership.

In the opening round of the Rarotonga Football Club competition on Saturday, Tupapa thumped Matavera-Ngatangiia 5-2 at Matavera Field.

Tupapa quickly got the match underway scoring their first goal through the boots of young striker Maru Tearaitoa in the early minutes of the game.

Hungry to put themselves on even terms, Matavera’s Pita Senibiakula placed the ball through the legs of Tupapa’s backline, leveling the scores 1-all.

In a tit-for-tat battle for lead, Tupapa regained the advantage after Tearaitoa scored again putting them ahead 2-1. Not long after, Tupapa captain Pavo Mustonen found himself in front of the goal and put his side ahead 3-1 at the half time break. As the match continued, the intensity built up and Matavera’s Paul Poila managed to give his side some hope of comeback scoring the first goal in the second spell to trail 3-2.

But Tupapa had better ideas and veteran Mustonen scored from a spot kick (penalty) before Grover Harmon sealed the 5-2 win.