Last week of round one games kick off 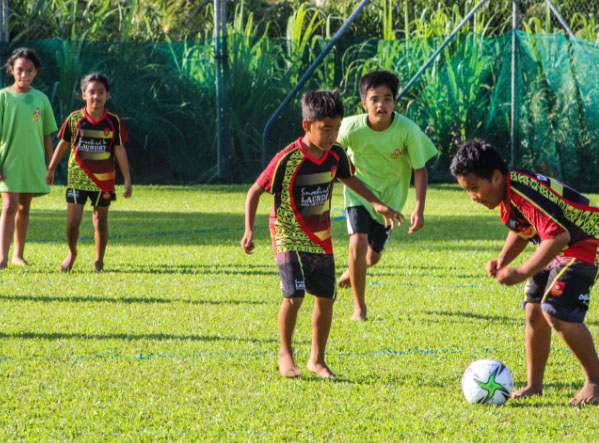 All grassroots division footballers will be kicking their way into their fifth week of round one matches today at the CIFA complex.

Footballers comprised of the U6 mix, U8 mix, U10 mix and U12 mix grassroots Division will take to the field to kick-off their fifth week of matches, before entering round two next week.

After two Mondays of catch-up games - all grassroots divisions are caught up and ready to get back into their Wednesday routine.

The games kick off at 4.15pm today at CIFA complex and finishing off the day will be the U18 men’s match between Avatiu FC and Titikaveka FC at 450pm.

“After their break last week, Avatiu are sure to pressure Titikaveka into giving them a goal but Titikaveka isn’t an easy team to break and will make sure to deny any attempts at goal,” said Kayva Tauira, Media Officer for CIFA.

“These young footballers have been football crazed since their first week and have been consistent every game, bringing with them their support team of parents, coaches and caregivers, as well as positive vibes and mounts of energy,” she said.

Tauira encouraged the public to come on down to support their team and to of course not forget to sign or tag in.