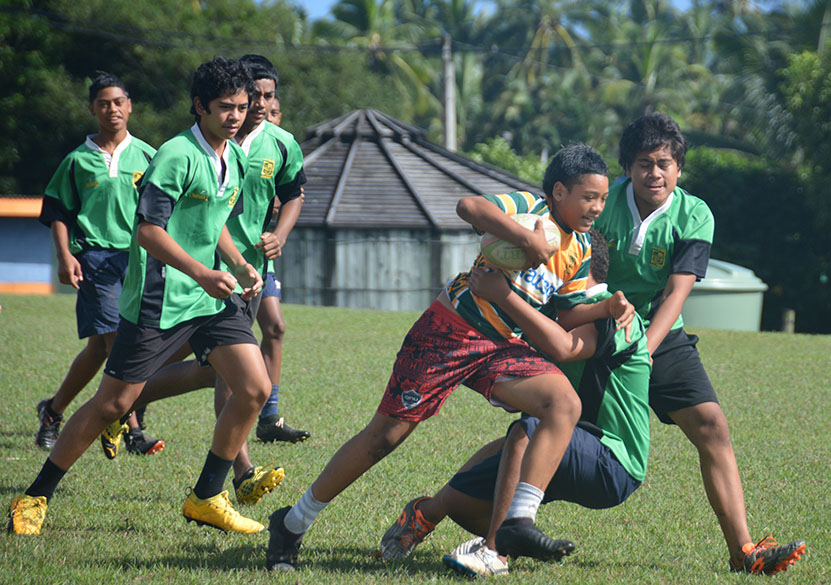 In the final match of the competition which started last week, Year 10IK defeated Year 10MA 20-10.

Ben Koteka, Cook Islands Rugby Union’s development manager, said: “This was an evenly contested match with the halftime score at 5-all.  Led by their pivot Will Henry and fleet-footed finishers Anzac Tapaitau and Duke Tokorangi, the Year 10IK team were able to make the most of their try scoring opportunities.”

Koteka said the inaugural inter-class Rugby Sevens competition was a result of the four weeks of training sessions that conducted during March/April.

“There have been five Year 10 classes involved with only four classes playing daily with the fifth class on administration/touch judge duties – a wonderful opportunity for the students to learn about rules of rugby Sevens, do time keeping and scoring, practice CITV commentary, learn event management and leadership skills too.

“Most of the teams had women management – which was great to see the spirit of cooperation amongst the classes as they volunteered to give up their time during their own lunch break to support the cause. Thank you and God bless you all for your help to ensure a successful tournament.”

The focus is now on the Rising Stars Rugby Championships (Rugby and Quick Rips Sevens) to be played at the Arorangi Field from 12 noon to 4pm today.