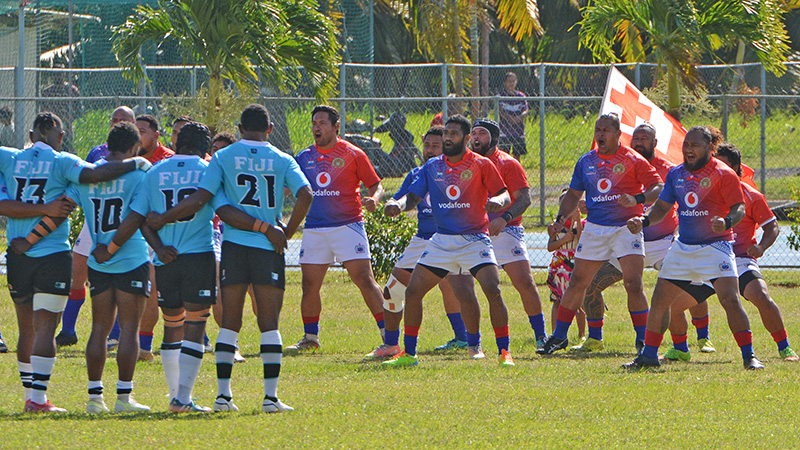 Tokouso – Samoa/Tonga perform their traditional war dance before the match at Raemaru Park in Arorangi. 21112209

After a disappointing outing in the inaugural tournament last year, Tabusoro Fiji made a remarkable comeback to win this year’s Tri Nations series beating a plucky Tokouso – Samoa/Tonga side 24-20 on Saturday.

In a tit for tat battle, both teams were locked at 10-all at the break. Tokouso had a slender 20-17 lead in the final quarter of the match before Koroi crossed the line in the 77th minute of play to help push his team in-front and win the match by 24-20.

Tabusoro coach George Fatafehi was elated with the win and hailed his players for giving their best in the win.

Fatafehi, who coaches Avatiu Eels in the domestic 15s competition, said tactical changes in the dying stages of the match paid off.

He said the plan was to keep pushing until the end to get that winning try.