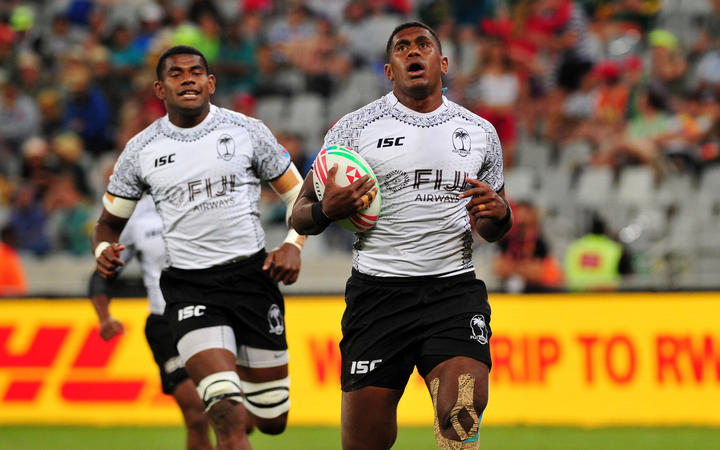 A third Olympic seven gold medallist has been added to the Fijian Drua team that will compete in Super Rugby Pacific next year.

The Drua have now announced 16 players, with Interim CEO Brian Thorburn confirming the vast majority of their 37-man squad will be revealed by the end of next week.

Kalione Nasoko is a centre in the 15-a-side game and Thorburn said his rugby journey is a story of determination and sacrifice.

"He was playing a starring role for the Fiji Airways Fijian 7s team until an ACL injury in 2019 sidelined him for much of the year," he said.

"He required surgery, was on six weeks rest and even needed crutches to move around but he worked hard on his rehabilitation, recovery, and fitness to force his way back into the gold-medal winning team.

"Nasoko will bring his renowned line-break and offloading abilities as a centre to the Fijian Drua."

Jone Koroiduadua was part of the Fijian Latui squad in Global Rapid Rugby and was a part of the Flying Fijians squad that competed in the Autumn Nations Cup at the end of last year.

"While there, he also caught the eyes of French club Clermont and trialled for them," Thorburn said.

"We're very glad to be able to secure his services for the Fijian Drua to boost our prop stocks."

Ratu Peni Matawalu and Chris Minimbi also toured with the Flying Fijians last year and both progressed through the ranks with the Fiji Under 20s, Fiji Warriors and Fijian Drua team that competed in the Australian National Rugby Championship.

Flanker Raikabula Momoedonu captained the Fiji Under 20s in 2018 and has also represented the Fiji Warriors and Fijian Latui. More recently, Momoedonu has been impressing playing for Northland in the New Zealand National Provincial Championship.

"He is a blockbusting centre who features often on the try scorers list."