Dreaming big ahead of Tonga clash 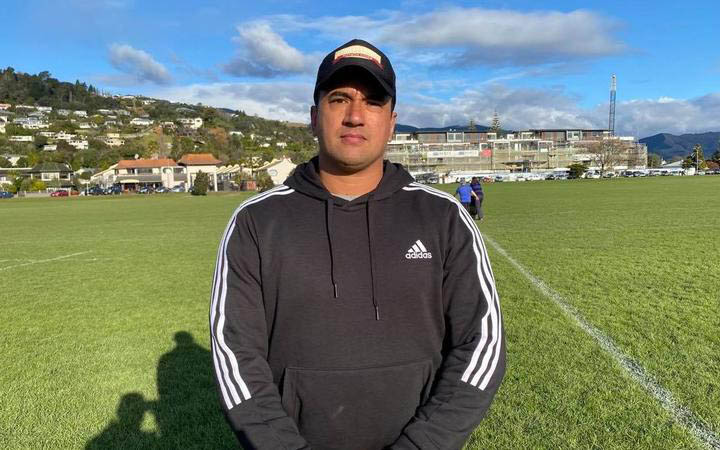 The Cook Islands rugby team believe they can cause an upset in Friday’s World Cup qualifier against Tonga in Pukekohe, south of Auckland.

The team was edged 31-24 by Tasman two weeks ago, in their first competitive match in three years, and outclassed 73-0 by the New Zealand Under-20s side last week.

Cook Islands coach Nathan Robinson is a former Cook Islands international himself and said the squad has come a long way in the last few weeks.

“The cohesion has been really really good from day one,” he said.

“In coming together more often the players will get more familiar with each other, knowing each other's work-ons, what their habits are and having these camps has definitely served its purpose and given us a bit of food for thought long term when we do play other tournaments.

“It’s like a real tight brotherhood. The feeling is there - when you're with rugby your whole year you can lean on each other and support each other but that feeling's there already.”

Tonga is without most of its European-based stars for the July window, with 17 players making their test debut against the All Blacks - which they lost 102-0 - and Samoa.

Injuries and work commitments have depleted their squad further, with forwards Solomone Funaki, Zane Kapeli, Sam Vaka, Harrison Mataele and Siua Maile all picking up ailments over the past fortnight.

Cook Islands players have also had to juggle work and family life with commitments to their club and provincial teams. But for a country that has not played a test match in three years, Robinson said having the squad together for an extended period had been priceless.

The Cook Islands are ranked 53rd in the world – behind Trinidad and Tobago, while the ‘Ikale Tahi are one spot behind Italy at 15th in the global standings.

Nathan Robinson accepted his team was very much the David to Tonga’s Goliath but said they were full of belief.

“I know it’s easy to say that because you want your boys to get up but the feeling is genuine amongst the boys ... we spoke about the game going forward and mapped the week and the blood was definitely boiling on a Monday and we’ve still got four/five days to go,” he enthused.

“There’s no pressure on us, that’s our biggest asset. There is no expectation from the world for us to win, apart from our people and ourselves, so we’ve just got to come through that back door and play footy.”

Confirmation that Moana Pasifika will compete in next year’s Super Rugby competition has also added some extra motivation for the players.

“Being on Sky TV is huge, not only for the individuals but also for our nation. I’ve been in good talks and contact with their set-up and we understand this is as much a trial game as a World Cup Qualifier.”

The Cook Islands have a secret weapon of sorts in their ranks, with former All Blacks first five Lima Sopoaga joining the coaching staff this week.

“We’ve got six or seven Raro-based boys here and they’re just in awe of him,” Robinson explained.

“We had a huge culture night and they were in the hallway playing drums and ukeleles and singing for two or three hours and Lima'’ in the thick of it... the boys are getting round him and giving back to Lima as well as much as he’s given back to us - giving him a bit of his heritage while he’s giving his rugby expertise to us as players too.”

The Lyon playmaker isn’t eligible to play against Tonga after pulling on the black jersey in 16 tests, and revealed last month he was interested in switching his allegiance to Manu Samoa.

But younger brothers Tupou, Zeke and Toka will be on the field representing their mother’s Cook Islands heritage, with their older sibling helping to pull the strings in training.

“The Sopoaga family, they’re competitive. It doesn’t matter if it’s cards or first in the van or hitting the cone on a ball at training – they’re competitors," Robinson said.

“My understanding is it could be the first time in a couple of years they’ve been under the same roof together, because Lima’s been away for so long, so it’s quite a special moment for them.”

Tupou Sopoaga - himself a former Super Rugby and NRL player - said it was good to have his older sibling on board.

“Obviously Lima’s on the journey to pledge to Manu Samoa. Obviously we’re half Cook Islander so he will give us a hand... I don’t know if it’s going to contradict his allegiance but Manu Samoa understands and we appreciate my brother’s help.”

The winner of Friday’s one-off clash will advance to the Asia/Pacific playoff against Hong Kong, Korea or Malaysia for a place at the 2023 World Cup in France.

The loser of that tie will be involved in the final qualification tournament featuring teams from Europe, Americas, and Africa.