Aitutaki all set for U19 series opener against Rarotonga 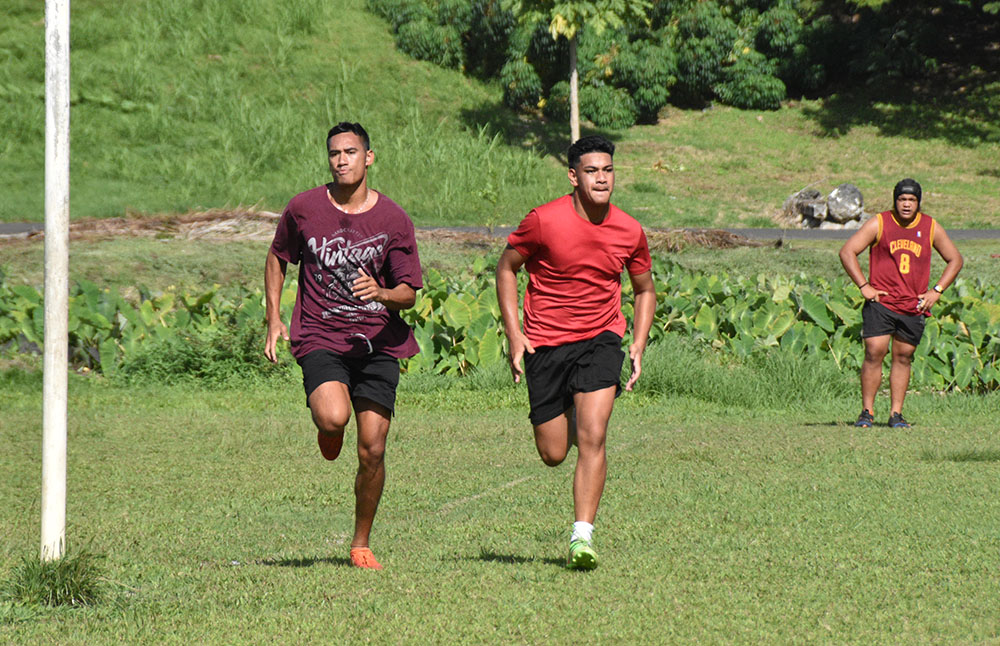 The first half of the Aitutaki U19s team training at the Tupapa Field after arriving on Rarotonga yesterday. 21071904

The annual Under-19s Youth Rugby Union Competition will take place this week at the Arorangi and Avatiu fields.

The U19 Aitutaki team arrived in Rarotonga yesterday and will go head to head with the U19 Rarotonga side. The first match will be held this afternoon at 4.30pm at the Arorangi Field followed by the second match on Friday at The Swamp in Avatiu.

The U19 competition between Rarotonga and Aitutaki was first held in 2019 after Cook Islands Rugby Union constructed a vision to create a youth competition pathway that was inclusive to the outer islands.

The results from those matches played in 2019 saw Rarotonga win the opening match 15-6 and Aitutaki claiming game two 15-9.

The Rarotonga U19 captain Joshua Caffery is currently in New Zealand and hoping to be selected for the Cook Islands squad to play the Rugby World Cup Qualifier match against Tonga this Friday (Cooks time). Graig Mullen, head coach at Rangiora High School also travelled to Aitutaki to watch both matches in 2019 where he then ran training sessions with both U19 teams.

Cook Islands Rugby Union’s Ben Koteka said: “To bridge the current competition gap, it was important to develop annual meaningful and purposeful regional level youth competition to identify talent and continually build local capacity, inclusive of our outer island families and they be given equal opportunity to aspire for higher honors (male & female) too.”

The U19 Rarotonga team is coached by ex-national Cook Islands reps Turori Matutu, Terry Henry and Teokotai Tuaivi and managed by Aunty Lydia Nga. The U19 Aitutaki squad have been training under the leadership of Graham Jefferies, Drollet Joseph and Len Toi and have had plenty of community support.

Len Toi was at the Tupapa Field yesterday running training for the first half of the team who had arrived from Aitutaki in the morning. The team included younger players ranging from the ages of 15-17. There are only a few older players around the ages of 18 and 19 who arrived later yesterday.

Toi said: “It is a really good thing that this competition has been able to start up again as we have not had many rugby opportunities for the boys back home in a while.”

“The boys know it’s going to be a hard game. But they are definitely looking forward to playing and seeing what they are capable of.”

The team has prepared well and trained hard for the last six to seven weeks and are looking forward to their games against Rarotonga.

“They can’t wait, it’s going to be a tough game. They’re going to come at us and try to knock us over but we’ll try our best to knock them backwards.”

Toi also expressed his gratitude on behalf of the team to the Tupapa Rugby League Club for allowing them to use the field as well as all their training equipment that they do not have access to in Aitutaki.