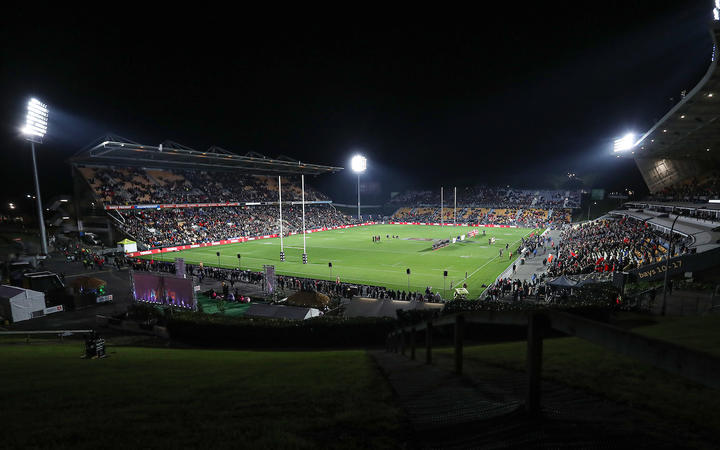 Auckland's Mt Smart Stadium has been announced as the new home ground for the inaugural Moana Pasifika's Super Rugby team in their debut season of the 2022 Super Rugby Pacific competition.

The Penrose-based venue has been the home of the New Zealand Warriors since 1995, where they began their jounrey as a start-up franchise.

Moana Pasifika patron Tuifa'asisina Sir Bryan Williams said they were humbled to share Mt Smart as its home playing base.

"We've worked extremely hard to get to this point, and to have a sense of home and place to continue building our unique brand in the world's most competitive professional competition is huge," he said.

"It's a real privilege and honour to be welcomed into this iconic sports facility and share space with a team that has forged a special place in our sporting landscape and in the hearts and minds of so many." "We know that our community of supporters know this venue well, and we know they will bring intense passion, colour and energy when they come out in numbers to support their team. We can't wait to welcome fans to our new home, their fale."

Moana Pasifika have signed agreements with Auckland Unlimited, to call the training facility and 25,000-capacity stadium 'home' from 2022-2028.

Auckland Unlimited Chief Executive Nick Hill said the organisation is delighted to host a new professional sport franchise at Mt Smart Stadium, particularly one that means so much to the community. "This franchise enhances the diversity of major sporting and cultural events in Tāmaki Makaurau, and we cannot wait to see the impact it will have on Super Rugby and on the thousands of fans who will flock to the stadium," he said.

While Moana Pasifika is committed to basing itself in New Zealand for the foreseeable future, Sir Bryan acknowledged the organisation's home away from home in the Pacific Islands.

"As the competition evolves and is subject to international borders being open, our intention is to play games in Samoa and Tonga and to expand our presence across our Moana."

"To grow the game in the Pacific, we need to inspire our young players from an early age. They'll see their heroes run out on the field in Moana Pasifika colours and believe that they can be just like them when they grow up."

For now, Moana Pasifika is excited about the first kick-off on its home turf in New Zealand.

"Come February, we're hoping a new generation of fans will join the movement, ride the wave with us and come out in force to Mt Smart."

"It's taken us 26 years to get here, so we intend to make it a really special celebration and we look forward to kicking off the new competition in style," says Sir Bryan.