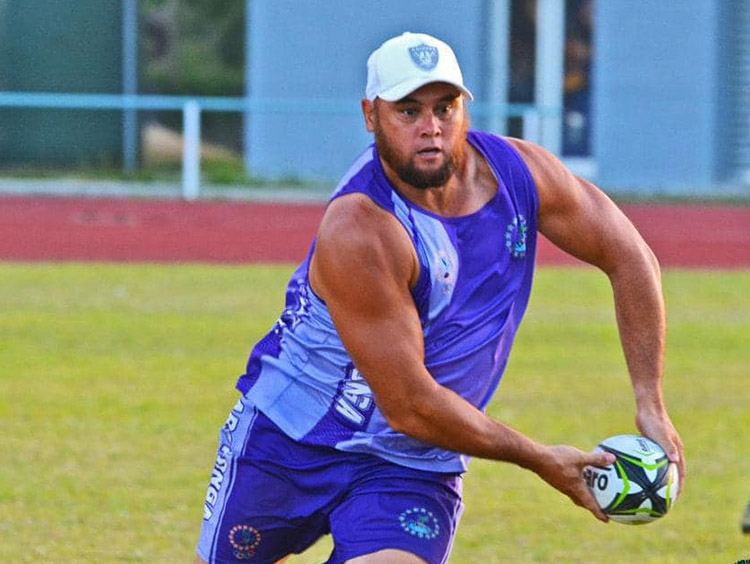 Being the best role model for the next generation of Cook Islanders is Conrad Piri’s main goal.

Conrad Piri says he was “surprised and grateful” to receive his second Sportsman of the Year award.

Piri came over to the Cook Islands in March last year from Australia’s Gold Coast for his son’s 21st birthday. It was meant to be a short trip but Covid-19 meant he only returned to Australia in February this year.

The extension of his stay meant Piri could compete in the Cook Islands Games, where he earned a string of medals, and the Sportsman of the Year title awarded earlier this month. He competed in multiple disciplines, including; volleyball, netball, touch, handball and league.

At the Cook Islands Sports Awards on April 11, Piri was also recognised for being a great coach and mentor.

Piri’s personal sports goals reflect this. In a small bio Piri wrote prior to the award ceremony – he was back in Australia when the ceremony took place – he said his goal was to “be the best role model for my family and the next generation of Cook Islanders, to share and develop skills physically and mentally”.

Piri said he wants to develop game IQ in the people he coaches.

“Just from my point of view, just when I watch rugby or league or even netball and stuff, I think we could develop our kids better.

“When I watch the game now there’s not much technical things being taught,” Piri said.

He sees a lot of “muscle footy” being played and thinks players can learn to play smarter through touch rugby.

Piri is living on the Gold Coast at the moment and works in the construction industry. He is there with his 22-year-old son and his daughter, who is taking a break before starting university.

He said he will be there until he achieves his savings goals with his partner, which will likely keep him in Australia for another two years.

“It’s been tough because you don’t get to see your little ones growing up.

“Thank God for the vehicles of Messenger or Facetime … it’s good to see them but yeah, it’s just not the same, it’s not the same as giving them a hug goodnight or seeing them off to school.”

Piri first left for Australia soon after his youngest daughter was born, she is now seven years old.

This year’s sports award was Piri’s second time to win the Sportsman of the Year title; his first time was 13 years ago when he was 27.

Piri won the awards in 2007 in a similar fashion to this year. He competed in multiple disciplines in the Cook Islands, including winning gold in rugby 7s, touch rugby, athletics for sprinting, and for basketball.