Friday 16 July 2021 | Written by Supplied | Published in Other Sports, Sports 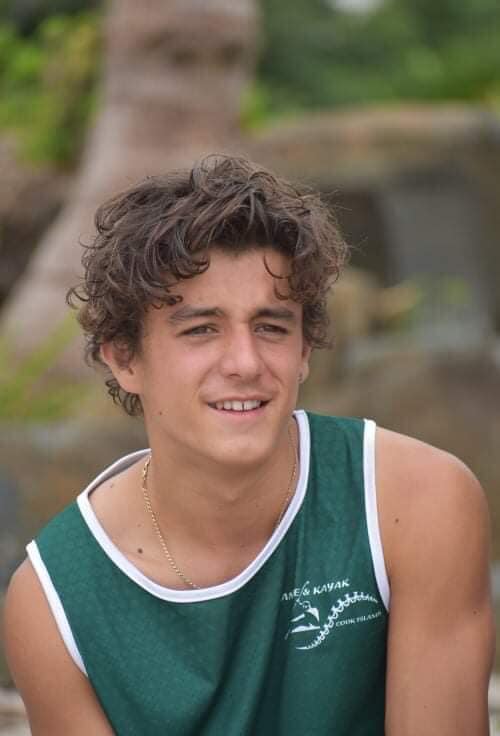 Kohl Tamarua-Horton is preparing to compete in the canoe sprint event at the upcoming Toyko Olympics.

Ika mata or Wicked Wings? Both

Nights in or out? Nights out

Summer or Winter? Both

Rugby Union or Rugby League? Both

Singing or Dancing? Neither

Sleeping or Eating? Both

Kohl started his sports career June 2019 in Rarotonga. He saw athletes training one day and thought it looked good so he tried it. His achievements are:

His proudest moment is winning Oceania title after being in the sport for 8 months only. He loves competing in his events.

His role model is Lisa Carrington (NZ flatwater canoeist) who he has met. Besides being a down to earth person, she has dominated her events winning gold medals in the Women’s k1 200m at the 2012 and 2016 Olympics as well as gold in the same events at the 2011 Canoe Sprint World Championships.

What do you do for fun?

Looking forward to meeting world class athletes and see them compete live at the Tokyo Olympics.

Stay with it even when your friends aren’t there.