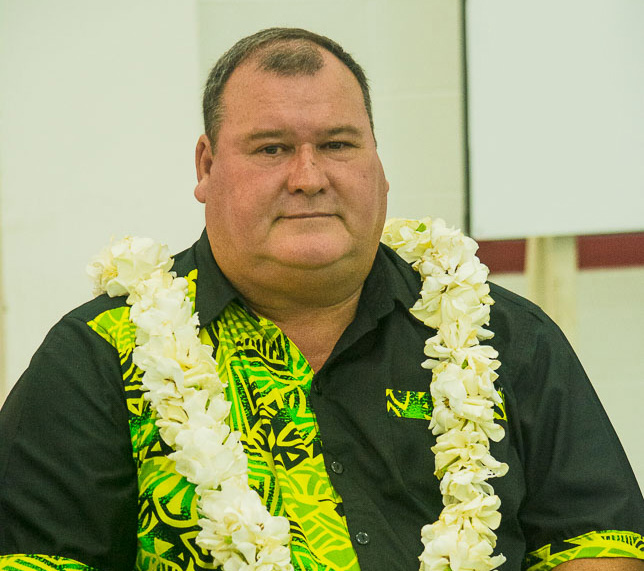 Hugh Graham has been granted another four-year term as the president of Cook Islands Sports and National Olympic Committee (CISNOC).

The president of the Cook Islands Volleyball Federation, who took over the role in 2013, won his third and final term in a closely contested election at the Committee’s Annual General Meeting on Wednesday night, held at the Atiu Hostel.

Graham yesterday thanked his supporters for giving him another term.

“I give the glory and praise back to our Lord and Saviour. A1 Meitaki to our sporting family for their confidence in re-electing me for a third term as president of CISNOC,” he said.

“I want to acknowledge the two other nominees, Romani Katoa and Makiroa Mitchell-John who had the courage to put their hand up and give it a go.”

Graham said the Covid-19 pandemic last year disrupted the global sport but not in the Cook Islands.

“The very successful Cook Islands Games was testament to this fact. We want to improve on offering a world class Games to all our athletes, ensuring we keep our nation active.”

In addition, he said the continued support from government in the funding that they currently grant to CISNOC “will ensure our survival during these uncertain times”.

“There are many smaller projects we want to achieve for our members in the next four years.  I am confident our secretary general Owen Lewis and his very capable staff will continue on providing excellent sporting services to our National Federations, our Island Sports Association and most importantly our athletes.

Lewis said: “AGM was very positive. I got the feeling that members are happy with the direction the organisation is going.”

“With the success of the Cook Islands Games, sport/physical activity is definitely in the forefront of people’s minds. All National Federations were represented on the night and all islands except one. It was great to see the support and enthusiasm.”

“On behalf of the CISNOC Board and members please accept our sincere appreciation for your contributions to the continued growth of sports in our small but very proud nation.