Tupapa holds on for football win 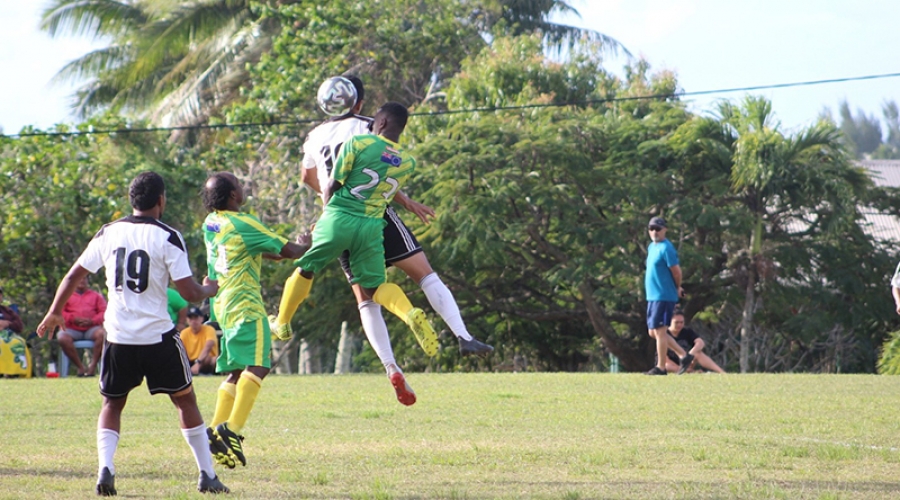 After warming up with a hat-trick last week, Paavo Mustonen finds the net to give Tupapa early lead.

Tupapa’s premier men outclassed Nikao in the midfield and on attack to take a 1-0 win.

Paavo Mustonen broke through the Nikao defence early to put the ball in the nets.

The young Nikao defence was able to recover and shut down the Tupapa attack many times, said Cook Islands Football’s Teara Ama, but they were not able to come back and score.

Nikao’s senior women weren’t as clinical as their men’s team during their match against Tupapa with both teams failing to score, despite the many opportunities. An injury from Nikao forced the game to end in a 0-0 tie.

On the other side of the island, the Titikaveka and Matavera-Ngatangiia senior women fought an exciting back and forth battle of goals before Titikaveka upset Matavera 3-2.

Throughout the game it was unclear who would come out with the win as both teams would score one after the other, Ama said.

In the premier men’s division on Friday afternoon, Titikaveka came out as easy winners with a final score of 5-0.

Avatiu’s senior women’s and premier men’s team hadn’t been so lucky in their matches, both falling to Puaikura. The physical match saw many chances for both teams to score but it was the Puaikura side who found themselves reaching the back of the net and coming away with the win.