Puaikura to play Nikao for final spot in football 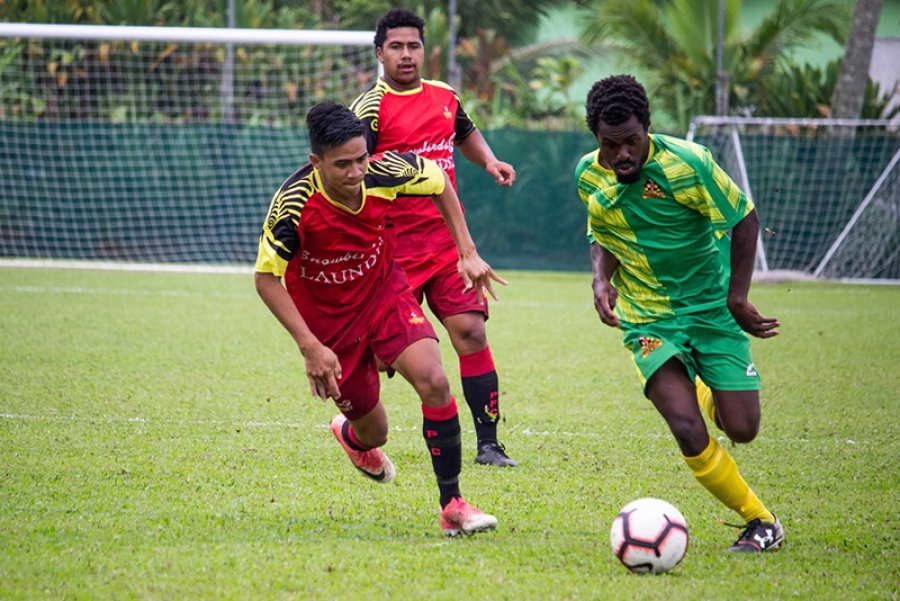 Nikao's Julius David will be a key man for the side against Puaikura today. 19121238

Puaikura and Nikao Sokattak will go head to head today at 5pm for a spot in the 2019 premier men’s CIFA Cup final.

Puaikura overcame a feisty Matavera-Ngatangiia men’s side last week to book its place in the semifinal.

Nikao had an extra week to prepare themselves for the match against Puaikura. The side would have had some time to attend to all their injuries giving them a slight advantage heading into the match.

Nikao will also be out to avenge their earlier loss to Puaikura which cost them a chance to win the Round Cup title. The side won’t leave anything to chance and will aim to maximise their scoring opportunities through the likes of Samuel Koiatu and Toru Mateariki.

Puaikura on the other hand, are a formidable team and will come out fighting for win as well.

The Arorangi-based team’s 2019 season had been quite inconsistent, but recently Puaikura recorded some good wins. The side has come a long way since the beginning of the season where they started a little slow but managed to make their way to the semifinal of the CIFA Knockout Cup.

Puaikura goalkeeper, Tuiate Tuariki, has been the savior for his side on many occasions, preventing numerous goal scoring opportunities.

Today he faces a side who has proven lethal in the competition.