Nikao blast past Avatiu for 7-0 victory 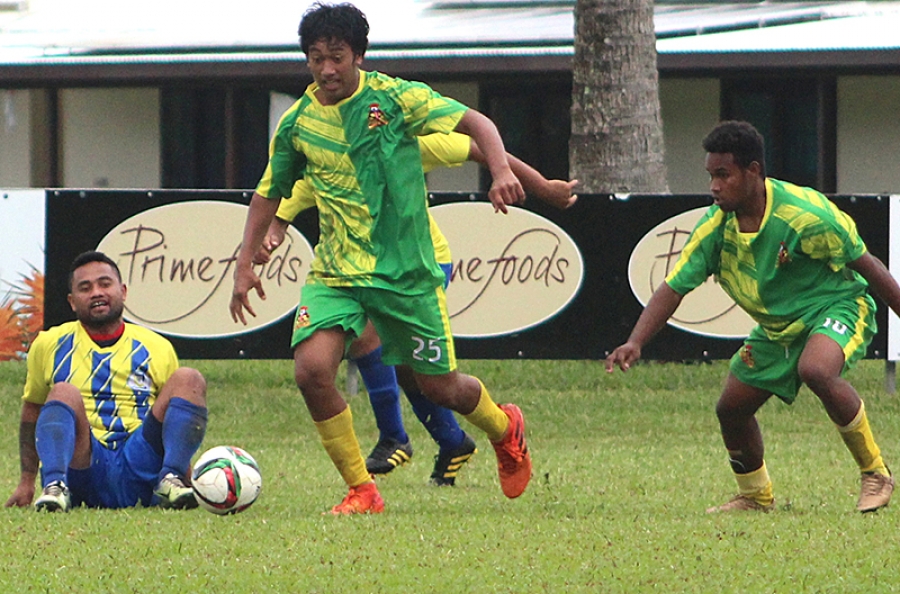 In the 15th minute, Avatiu had a free kick from 25 meters that missed the target while five minutes later, Terry Piri took the ball from the right wing and blasted a shot that went wide of the post.

These squandered opportunities in the opening of the first half certainly haunted the blue and yellow team for the rest of the match.

The goals came quick for the Nikao side, with Nathan Tisam putting a ball in the back of the net in 29th minute of play.

It didn’t take long for them to double their lead as Julius David brought the ball down the left side of the field, dribbling into the box before driving a shot past the keeper for the 2-0 lead.

David then slotted a well-timed pass to Tisam to help Nikao Sokattak lead 4-0 at the break.

In the second, Nikao Sokattak continued to press forward in search for more goals. Any hopes of a Avatiu comeback were quickly extinguished as Toru Mateariki, Taianu Pongi, and Mark Leito joined the goal-scoring party with a goal each to put the game beyond doubt with a comfortable 7-0 lead.

In the other premier men’s matches, Matavera put on a gallant show against Puaikura for a 3-2 win an Tupapa Maraerenga came out of their match up with Titikaveka with a dominating 6-0 win. - CIFA Media

Results, Round 14 - Rarotonga Round Cup Competition