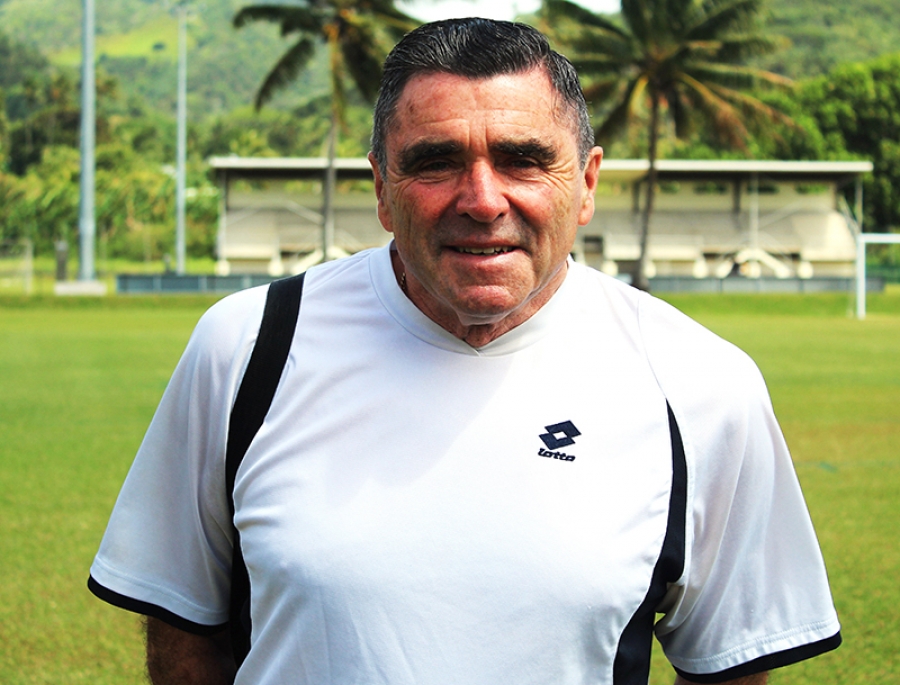 Former All Whites coach Kevin Fallon has been announced as the head coach of the Cook Islands national men's soccer team. 18090419

Fallon is no stranger to the Cook Islands and in the past has conducted soccer programmes on the islands of Aitutaki, Mauke and Mitiaro for FIFA and OCEANIA.

Fallon started by conducting two training sessions with local players on Monday and Tuesday at the CIFA Complex.

“I will say this after even one session last night: It’s definitely improved. I mean, I saw people doing things and looking at technique, that was better technique than say 15-20 years ago. So that was encouraging - and that was just the local lads.”

He is pleased to be back in the Cook Islands and comes with a plan to identify and select high quality players who will give our national men’s team a more competitive edge.

He has been one of New Zealand's top coaches and has won almost every major football trophy.

“The plan is obviously to get recognition of what the squad is within the island and then contact the people outside the island and try and get it in your mind a working squad for later on. We’ve got to identify what players want to play for the national team and what players are good enough. Simple as that.

“The players have got to want to do better and maybe become part of the first Cook Islands teams to get to the next round.”

Fallon’s contract to coach the team is for two years.