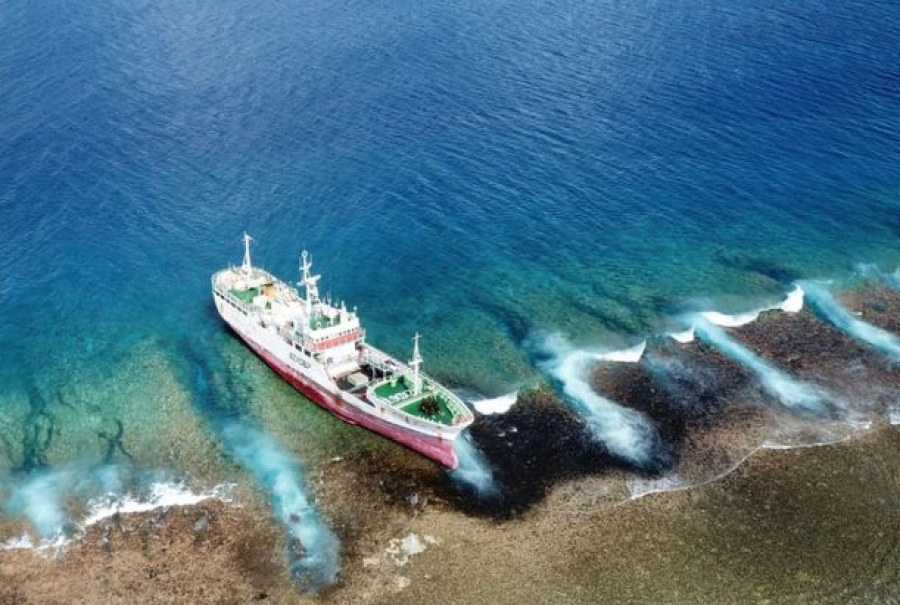 The French Polynesian government has advised the owners of a stranded Chinese fishing vessel that it must offload its cargo in a way to protect the Aratua lagoon.

The Shen Gang Shun 1, a longliner owned by Shenzhen Shengang Overseas Industrial Company, hit the reef of Aratua on 21 March with 250 tonnes of fuel and about 70 tonnes of fish on board.

Efforts to pull the ship off the reef failed and work to dismantle the vessel is yet to begin.

The government told the owner in disposing the fish at sea no polluting material such as plastics and metals would be allowed to be dumped.

It said the separation of non-organic matter would have to be done aboard a ship in the open sea, with the material then bagged and shipped to Tahiti.

The government would not allow the ship to be offloaded via the Aratua lagoon.

The cargo includes shark fins and sharks which are protected in French Polynesia and whose possession or transport in its waters is illegal.

In April, the administrative court in Papeete ordered Shenzhen Shengang to start removing the 50-metre long ship within 15 days or face a fine of $US5000 a day.