Solo sailor stranded by the virus 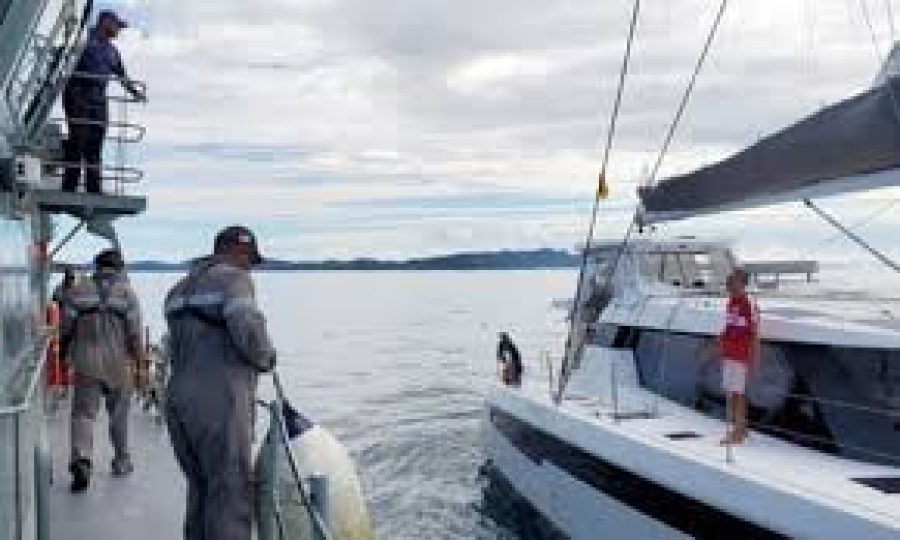 FIJI – A Singaporean man has been rescued after being stranded in the Pacific for three months and being turned away from three countries due to the coronavirus crisis.

The man, who has been identified by Fijian media as Wong Tetchoong, 59, set off from Singapore on a sailing adventure on February 2 that was meant to last for three years.

As news about the Covid-19 outbreak began to spread around the world, Wong tried to dock in various countries, but was turned away as international borders and ports were closed.

“I sailed to Papua New Guinea from Indonesia because the weather was okay, but when I reached the borders, they were closed so I continued again to the Solomon Islands. It was also closed, then I went to Tuvalu and they didn’t let me in,” Wong told the Fiji Sun.

However, islanders on Tuvalu provided him with food and on April 28, Wong made it to Fijian waters. By this point, his yacht was damaged and strong winds prevented him from sailing into the harbour at Nadi, so he was rescued by a Fiji Navy patrol boat, which brought his yacht safely to shore.

After discussions between the ministries of foreign affairs in Singapore and Fiji, Wong was granted permission to dock in Fiji, despite the strict border restrictions that the country has introduced in response to Covid-19.

After his boat docked at Vuda marina, on the country’s west coast, health officials boarded in full personal protective equipment and performed health checks, before taking him to hospital in Lautoka.

Timoci Natuva, Maritime Commander for the Fiji Navy, said Wong seemed to be in good health, but was fatigued from his travel.

“He’s been sailing for a while, so the risk that he had coronavirus was quite low, but all the protocols were followed,” Natuva said.

Wong is in discussion with his family and the Singaporean government about a potential return to his home country.