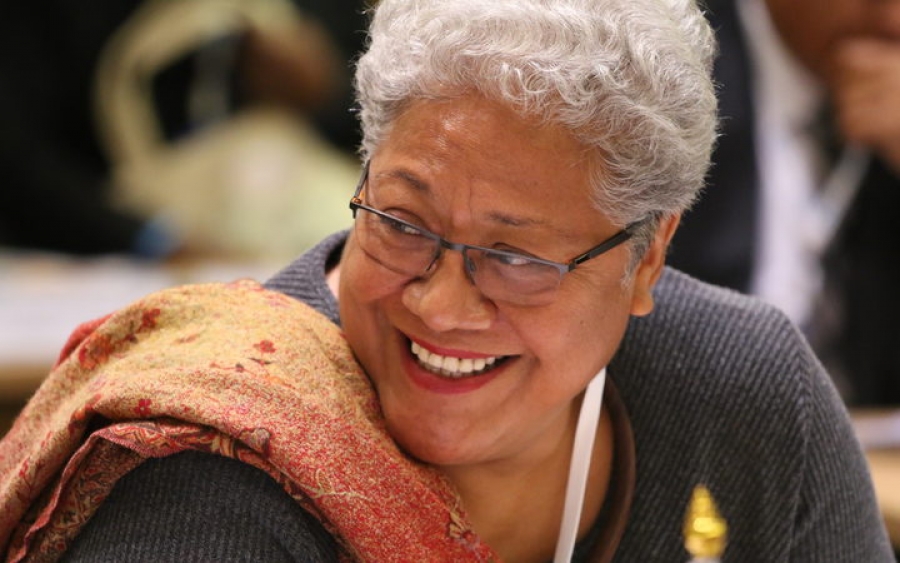 Samoan deputy prime minister has quit Cabinet and the country’s Human Rights Protection Party, in a defection over controversial proposals to amend the constitution.

Fiame Naomi Mata‘afa, who is also Natural Resources Minister, quit on Friday after meeting with constituents over the three bills, which would alter the power of the land and titles court.

She said she could not bring herself to support them, which prompted the prime minister, Tuilaepa Sailele Malielegaoi, to last night tell state radio she would no longer be welcome in the party.

“I don’t mind if she doesn’t approve of the bills,” Tuilaepa told Radio 2AP. “That is her decision which means she is no longer with the party.”

Several MPs had already quit the party over the bills, including the former speaker of Parliament La‘auli Leauatea Polataivao, who has since formed his own political party.

That party, the Fa‘atuatua i Le Atua Samoa ua Tasi (FAST), has since consolidated with two other opposition parties to form one of the most significant challenges to the HRPP in decades.

Fiame, who was Samoa’s first woman minister and deputy prime minister, will stay in parliament as an independent MP until next year’s election, said Autagavaia Tipi Autagavaia, RNZ Pacific’s correspondent in Apia.

He said to lose a deputy prime minister is a significant defection from the HRPP, which has ruled Samoa for nearly 40 years, and an embarrassing blow for prime minister Tuilaepa Sailele Malielegaoi, who has been in charge since 1998 but is under sustained pressure over the bills.

“Now we see the result of all this controversy,” he said. “The deputy prime minister stepping down from a party she was loyal to for so many years,” Autagavaia said.