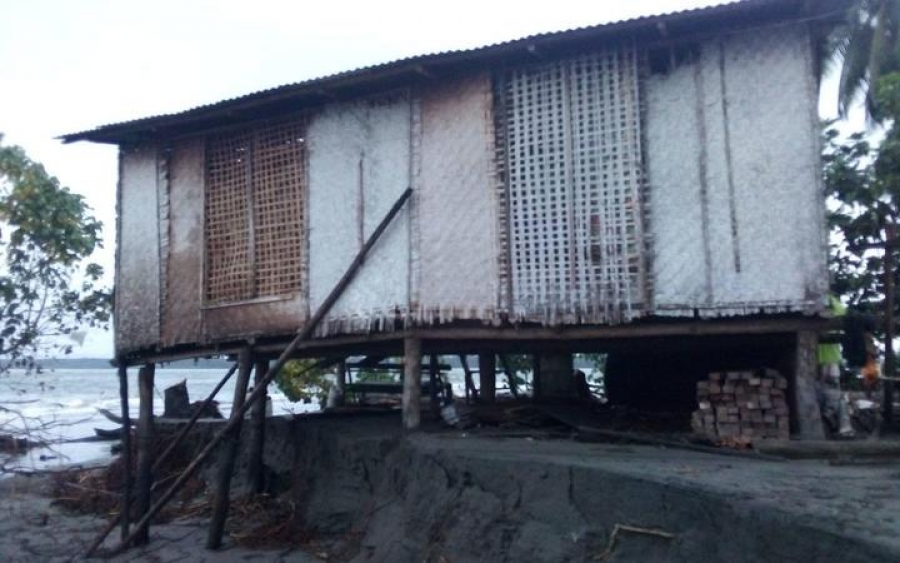 Global warming is being blamed for the king tides that have washed away houses in a village on Papua New Guinea’s southern coast.

KING tides in June and August struck the village of Siviri at the mouth of the Tairuma river in Papua New Guinea’s Gulf Province, destroying 18 homes and leaving about 100 people homeless.

Ward member Tom Fari said the king tides started in June. It has been an ongoing disaster that has slowly eroded the coastline of the village, destroying homes and lives.

“Currently, the displaced people have been living in shelters. Our water sources are also contaminated as most of the villagers depend on bore water,”

Among them is local court clerk Mariosu Feaviri, who told RNZP both permanent and traditional houses were taken.

Some of the displaced have gone to stay with relatives, while others have retreated to the mangroves, he said.

“They’ve been able to use bush materials. They cut the mangroves to put in temporary houses,” Feaviri said.

The provincial government had supplied nails, canvases and food after the first tide collapsed nine houses but “that was the only support that came from the government”, Feaviri said.

“We still have some that are okay on higher ground but most of the water wells are affected so we are having a water crisis too.

“More houses are going to be in danger now because the seashore is right into the village. More houses will go down if another high tide comes up. It’s global warming.”

Unless a sea wall is constructed, Fari said retreating to the mangroves could be the only option for Siviri as securing higher ground on which to relocate the village might be problematic.

“The mangroves can be back filled so the village can move in there but for other areas, we have land owner issues,” he said.

“If the government can help we can resettle in one of the better areas but if not, then our only option is to move into the mangroves. It’s going to be a lot of work and we’ll need a lot of money.

“People don’t want to move because they have been living in that village all their lives so it’s very difficult. Some don’t want to leave. Some are shedding tears.”

Immediate assistance is needed, however, in the form of food and fuel but with the Covid-19 pandemic growing daily in PNG, “government officials are telling us they have no money to help us”, Fari said.

And another king tide could be about to rise.

“In September we might have another one. Throughout the province, in the east and west, people are facing the same disaster.

“The government should consider resettling those people who live along the shores to higher ground. Somewhere where it is safer,” Fari said.