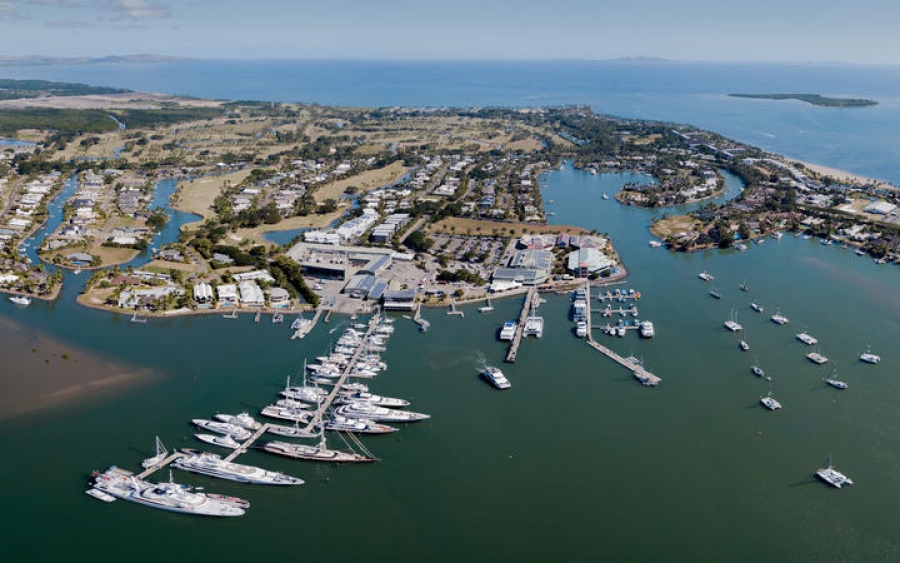 Fiji’s haven for cruising yachts at Port Denarau is reportedly ‘full’ as weather forecasters predict an ‘active’ cyclone season ahead.

The head of Fiji’s Port Denarau Marina said early weather predictions showed up to four cyclones could hit the southern Pacific this season.

Cynthia Rasch said the marina was now full with more than 40 foreign yachts, all seeking shelter ahead of the Pacific cyclone season this summer.

The yachts would normally head south out of the seasonal storm zone, but it was now wiser to remain where they were because maritime borders were closed in Australia and New Zealand.

It was difficult for yachts to sail against prevailing weather in the northern hemisphere, meaning it was not possible for many to backtrack to home ports in the US or Caribbean.

Rasch said the warning from weather experts was causing a few challenges for the marina, but they had a good plan.

“I’ve been sitting with the meteorologists going through the plan for the season.

“We’d normally start working on it at this time but we’ve brought it forward because we’re looking at more and more vessels remaining in our waters and in our marina for the cyclone period, given what’s happened in New Zealand.”

Rasch said the weather experts had indicated an “active season”.

“It’s going to get fairly wet and at this moment there’s a prediction of about four cyclones within our vicinity, but we’ll see how that pans out.”

She said the marina had a robust cyclone procedures plan, and was now forming contingencies for yachts unable to shelter in the harbour.

In the past many had either hauled out their boats to a yard, or found shelter in various mangrove havens.

“We’ve assisted hundreds of yachts over the years. The challenge of course is what type of vessels are remaining because many would need deep-water shelter because of their draft.”

She said many were anxious.

“There is a lot of chatter on social media and at this moment they are anxious and worried about what might happen, but if they’re equipped with the right information and where they might shelter, they just have to work this into their decision-making processes.”

Fijian maritime safety authorities and weather analysts were now working to identify other areas around Fiji where the yachts might seek shelter.

Rasch said while the yachts were insured, most policies become void once yachts are in recognised cyclone belts.

“Many cannot get insurance for cyclone coverage during our active months, but this is a risk that they take.

“So far in the past, none of the vessels that have sought shelter in the mangroves adjacent to the marina have sustained any damage, but the challenge now is to accommodate everyone.”

Despite intensive lobbying from the Ocean Cruising Clubs– an organisation that represent crews cruising in the Pacific – for New Zealand to allow yachts to head for the north of New Zealand for shelter during the cyclone season – New Zealand has remained firm on keeping its borders closed.