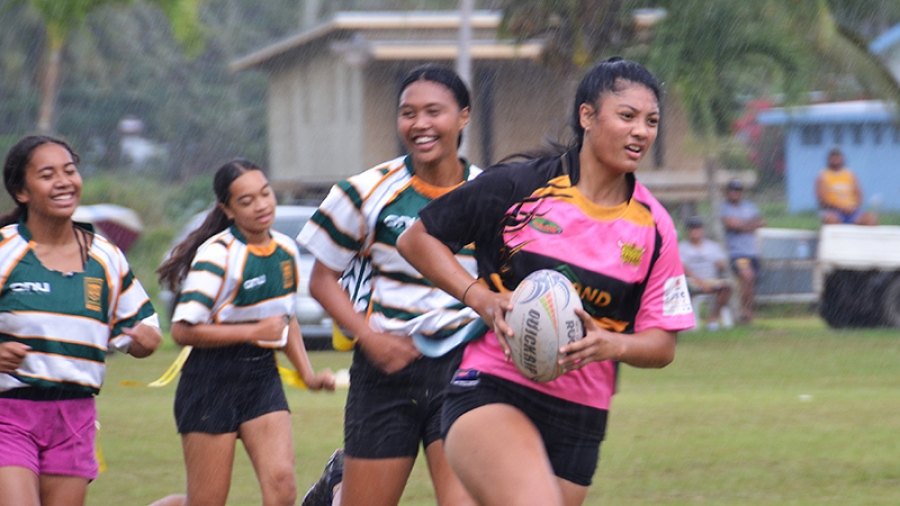 Town and Country women’s teams will battle in full contact 7s match in the second round of 2020 rugby union preseason this weekend.

Women’s rugby will feature in the weekly Rarotonga Club 15s competition which officially starts next weekend.

Cook Islands Rugby Union is using the preseason competition to give local female players a chance to gel before including them in the weekly roster.

In the opening preseason clash, Country women defeated Town 25-5 in a Quick Rip 7s match held at Raemaru Park in Arorangi on Saturday.

Town team official Moari Allsworth was not too impressed with the Union’s decision to play the women’s match under the Quick Rip 7s format.

However she said after a meeting with the Union officials on Monday, it was agreed the two teams will be playing contact 7s this weekend and throughout the 2020 season.

Allsworth said the turnout last week was encouraging and she hopes more players will turn up this Saturday.

“Overall all players enjoyed it but we are looking forward to playing some contact rugby this weekend at the Swamp.

“I’m also pleased to see the interest especially from the new and young players from both the Town and Country teams.”