US Sevens ref praises our skills 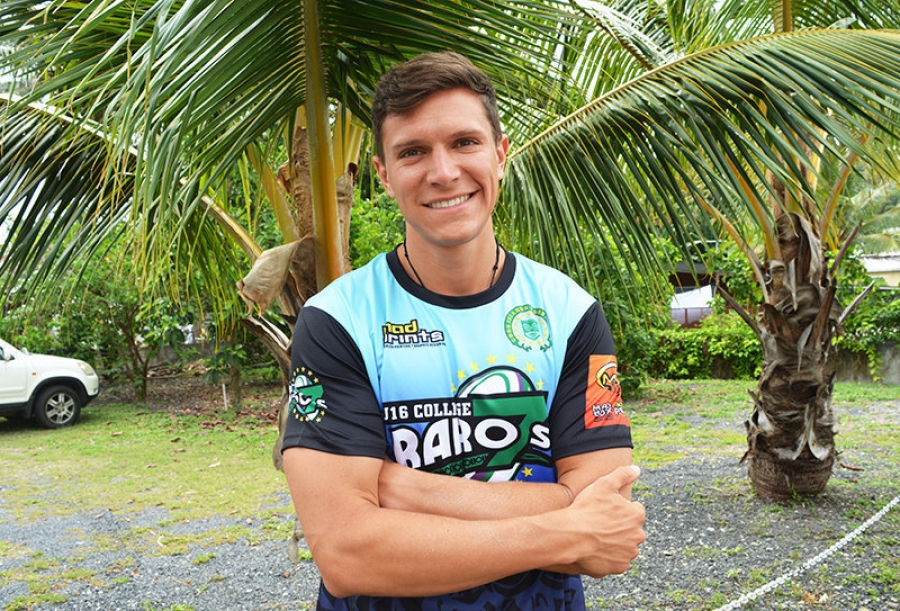 United States-based Sevens referee Joey Swatzell is impressed with the level of rugby knowledge the young players in the Cook Islands possess.

Swatzell, who is touring Rarotonga, officiated in last week’s The Edgewater Under-16 College Sevens Tournament at Raemaru Park. He flies back to United States tonight.

The 26-year-old said the skills and flair displayed by the local players in the two-day age group tournament was impressive.

“The rugby was amazing. We got to see some teams from Condor Sevens come out and I got to see some local teams as well. The Atiu team in the final was really incredible, their team work was impressive,” Swatzell said.

“I think compared to most places, the youths here understand the game well. I also understand some of the teams had very young coaches as well so it’s basically the youth helping the youth. I think that’s amazing for the future of the game especially out here where you have a natural speed and strength. Just include the rugby IQ … sky is the limit, really.”

Prior to Rarotonga, Swatzell officiated at the Condor Sevens in New Zealand. He also had a stint in South Africa.

“I have been officiating for five years now. I played rugby for the Texas State University and that’s where my interest in refereeing started.

“Then I moved to the city (Austin, Texas) where I took over the role of a rugby referee. The Texas Rugby Referees Association sent me to South Africa and now they have sent me to New Zealand and Rarotonga.”

Like other referees around the world, Swatzell’s dream is to officiate at the international stage especially in the World Rugby Sevens World Series.

“I’m trying to perform at the best Sevens tournaments we have in the US. In March every year, we have the Las Vegas Sevens, so the idea is to go there, perform in the invitational tournament and be seen by the World Rugby Sevens selectors and then hopefully get in the panel one day.”

Swatzell said they do not have any male representative from the United States in the Sevens World Series referees panel and there were 10 referees, including him, who were vying for a spot.

Meanwhile he thanked Cook Islands Rugby Union and sponsors Edgewater and Island Car and Bike Hire for the opportunity to officiate in the local U16 tournament. -RK