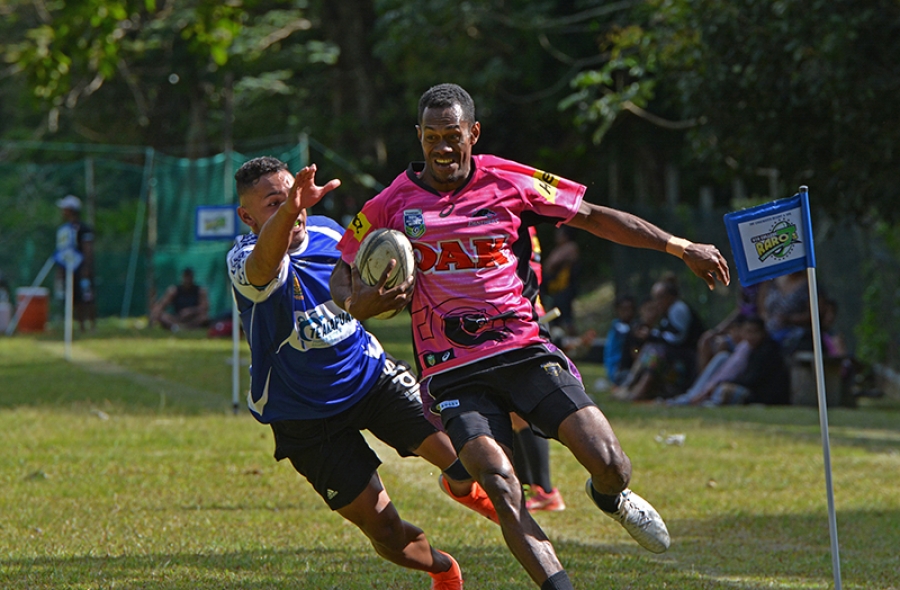 Local rugby union champions Tupapa Panthers made a good start to their Steinlager Sevens campaign over the weekend.

The teams are building up for the Raro International Sevens next month.

In the preliminary round of competition held on Saturday at Takuvaine Field, the Panthers defeated Yalovata and Cowboys to lead the title race.

In their opening match, the Darren Piri-coached Panthers overcame the Fijian side Yalovata 19-5 before thumping the Cowboys from Arorangi 34-0.

Manatoa, the shadow national team preparing for the Oceania Sevens Championship in Fiji next month, were also unbeaten after the opening two rounds of play.

In their opening match, Manatoa defeated Yalovata 17-0 before overcoming Mangaia 26-14.

The Cowboys managed a win against Mangaia 17-7.

The remaining preliminary round matches will be played this Saturday before the finals next week.

Cook Islands Rugby Union development manager Ben Koteka said they were hoping for an improved turnout from players and fans this weekend.

“We don’t get a big turnout in the opening week but it is much better in the second week, so we expect more players in the remaining two weeks,” Koteka said.

The Steinlager Sevens is being eyed as a build-up for the Raro Sevens which will be held from October 31 to November 2 at the National Stadium.

“It is also a good opportunity for the referee to get some match fitness and we are looking forward to an exciting two weeks of Sevens before the international event.”