Ranking system not a true reflection of status, says Carlson 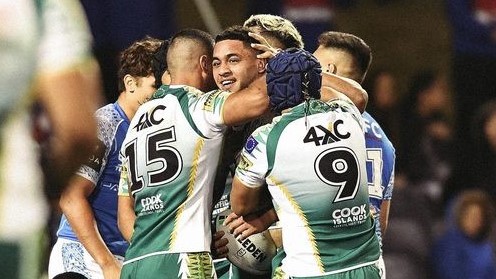 Cook Islands rugby league men’s side has jumped two places to 20 in the latest international rankings but the head of the sport’s governing body here says the ranking systems adopted by the international federation ‘is not a true reflection of a nation’s status’.

Despite losing to Samoa 12-42 in the June Pacific Test, the Kukis improved their international ranking by two spots.

The Tony Iro-coached side is now placed 20th – a spot above Jamaica, who is the lowest placed nation competing in the upcoming Rugby League World Cup.

In the women’s international rankings, the national side lost five places, dropping down to 12.

Cook Islands men’s side has amassed 6.04 per cent while the women are on 13 per cent.

Cook Islands Rugby League president Charles Carlson said: “I have always opposed to this ranking system which is not a true reflection of a nations status. This is based on the number of sanctioned international games that they play and not every nation gets that opportunity because of the enormous cost to host an international game.”

“Finally, if these nations are ranked higher than the Cooks, why aren’t they in the World Cup?”

Carlson said the ranking system should start from the World Cup – “number one to number 16 and the rest follows”.

“If you are not participating in the World Cup than you shouldn’t be ranked higher than those who qualified for WC.”

The Official International Rugby League (IRL) World Rankings are calculated on each nation’s performance over the current season and the three preceding seasons, the international body said.

Points are awarded to each team for each match based on:

The points are then used to create the Official World Rankings by ordering the teams by virtue of the points gained over the four-year period.

Only officially sanctioned matches played at senior level between two approved members are considered as part of the rankings.