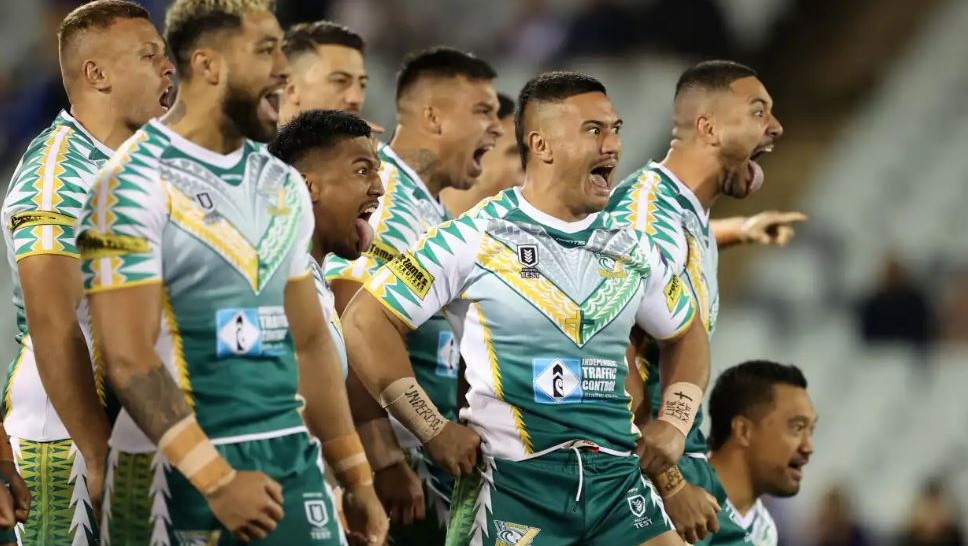 The Pacific Islander community feel let down by the NRL’s decision to scrap the mid-season round of international matches, saying it was their time to shine and represent their cultural heritage.

Australia’s Pacific Islander and Māori rugby league communities – including players and fans – have expressed their disappointment at the NRL’s decision to axe a mid-season international round dedicated to representing their home countries.

This year’s Rep Round was dubbed as the biggest fixture in the National Rugby League’s history after nearly three years of international rugby league sidelined due to Covid-19 restrictions.

With a pause in NRL football in the middle of the season, six Pacific teams dominated the regular scheduling a week ago, going head to head on the same weekend as the State of Origin matches.

NRL veteran Kieran Foran expressed his enormous sense of pride in donning the New Zealand Kiwi jumper for the 23rd time in his career.

“To be back out there representing your country, it doesn’t get any bigger than that,” he said.

New Zealand played its first international match on home soil against Tonga in an electric atmosphere, packing out Mt Smart Stadium in Auckland and uniting the league’s supporters beyond Australian borders.

Meanwhile, Papua New Guinea faced off against Fiji, and the Cook Islands took on Samoa in a double-header in Sydney.

From Auckland to Sydney’s western suburbs, crowds erupted with excitement before kick-off, with traditional dances and war cries on display on national television.

Emotions ran high for many players too. Samoa’s Josh Schuster was one of the several players seen crying as the Samoan national anthem was played.

Schuster described representing his country as “one of the best moments of my career”.

“We saw on the weekend just how much it meant to the players to represent their countries,” Foran said.

Samoan-Australian Maserota Aiesi has been following rugby league his whole life, and he barely left his home last weekend as he was glued to the television watching his home country represented.

“It’s very uplifting to see, especially when you come from the islands, you can see your culture displayed on the national level ... when you see that, it makes your hair stand up,” the 64-year-old told SBS News.

“It’s something we’re very proud of, especially of the young guys that were born here and carry on with the parents’ heritage. Wherever they go, they carry their culture and traditions with them.”

He was impressed with NRL pausing club football in the middle of the season to showcase Pasifika talent, saying “it’s a good indication that NRL is expanding the game in our regions”.

“We are small nations but we are trying to make a big mark on a lot of these sports.”

NRL chief executive Andrew Abdo announced the league will be shifting the international fixture to the end of the season, described as a strategy to expand the presence of international representation.

“We are working through the season structure for next year. It is a new cycle and there are some changes that are linked to the new broadcast arrangements with our partners, but I will say this – the (Australian Rugby League) Commission are 100 per cent committed to international football,” Mr Abdo told NRL News.

But Mr Aiesi had already set his sights on next season’s Rep Round, and said “it was pretty disappointing” when he heard of the NRL’s decision to push it to the end of the 2023 season.

Foran was also unsure whether shifting the representative round to the end of the year was the answer.

“To not be able to find space for it in the calendar is disappointing ... it’s just about trying to find the right time,” he said.

Rugby League Players’ Association (RLPA) chief executive Clint Newton said the round was crucial in ensuring that those players who give so much to the game are heard.

“Players have consistently said they want to represent their nation more in a calendar year,” Mr Newton said.

“I think nations and players are disappointed that there is no place for it at the moment in the middle of the year because it does give them a great opportunity to connect with players from other teams and celebrate their culture and their heritage, and that's something that's incredibly special.”

He said the RLPA wasn’t consulted on the decision to axe the mid-season Rep Round, which doesn’t allow everyone involved to understand the rationale behind the NRL’s decision.

“We should all be working together to make these international games a top priority ... and we weren't part of the decision to remove international fixtures from mid-season in 2023 and potentially beyond,” he said.

There are difficulties raised about the round being played during the season, with immense workloads placed on both the league and players to pull off the international round – all while taking care to ensure eligible players are fit for the Rugby World Cup at the end of this year.

Another reason to move the round to the end of the season is so Pasifika and Māori players – who are selected for the high-profile State of Origin series – can represent both their state and their country.

Mr Newton said with more stakeholders now part of the decision-making process, better planning could ensure that an end-of-season international fixture could be a success.

“Now that the NRL is committed to working with us on developing a schedule that gives an ability to prioritise international rugby league, particularly in the Pacific region, I think that’s a great step forward,” he said.