‘Future of rugby league is with Maori and Pasifika communities’ 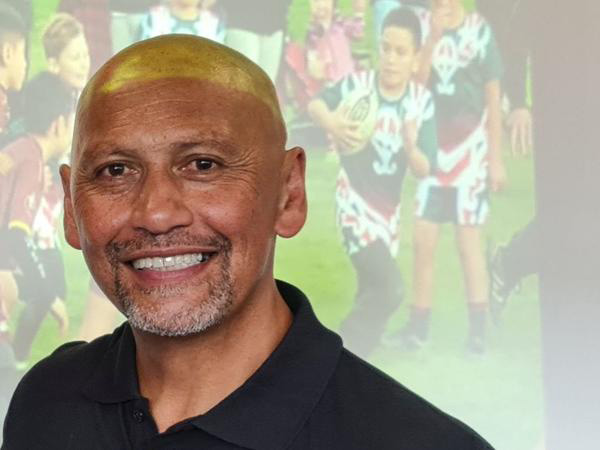 The new chief executive officer of Wellington Rugby League says the future of the game is with Maori and Pasifika communities.

About 200 people turned out to support the mihi whakatau ceremony for Andre Whittaker – who’s of Cook Islands and Tahitian descent.

The Wellington league community was out in force for the ceremony – a pleasing sight for the new chief executive officer.

“We’ve had representatives from across all the clubs and what’s been really nice too is some of the older members, life members in Wellington are re-engaging with the game again, so fantastic, and our Pasifika communities, of course,” Whittaker said.

“And what we want to do is encourage and support to have their own Pasifika and Maori tournament games and that's always happened but we just want to help out more and make that stronger, because the future of our game is with our Maori and Pasifika communities,” he said.

“It’s historic with Andre being the first Pacific Islander in New Zealand to be appointed to an executive position. We have had General Managers and that in past but not a chief executive officer at this level,” Laban said.

“Andre comes from a very strong background and club legacy that is obviously the foundation of his life, and I think the large crew that turned up today to support him is really representative of the club and the wider rugby league here in Wellington, and of course it was a nice touch to have the drums of the Cook Islands here today.”

The Wellington Rugby league board also shared part of the its strategy draft for the organisation.

“The appointment of Andre Whittaker is really an exciting time as they time back their game, and that it was good to see that the community is here to help us support that time of vision,” Akavi said.

Akavi added that rugby league was strong in Porirua and a very high percentage of players are Pasifika and Maori brothers and sisters.

“We’ve got three clubs out there, stalwarts out there. We’ve got the Titahi Bay Marlins, the St George Dragons and the Porirua Vikings.

“So rugby league is very strong within our community, it’s just something that our kids love to do on a weekend and it’s a good family environment we tend to have throughout the tree clubs out there in Porirua,” he said.

Satia Hunt of the St George Dragons club in Porirua said it’s great to see a Pacific person in the role – as there’s a high Pasifika and Maori base in the Wellington rugby league community.

“In Cannons Creek Porirua, we are a low decile area, so there's a lot of Pacific Island and Maori families. St George club in Porirua is the biggest junior rugby league club. Ninety-five percent is Pacific Islanders and Maori.”

“Myself being a Pacific Islands woman, being Samoan, it’s good to have those diverse cultures in there, all coming together, so it’s very important."

Wellington Rugby League said its vision is to work with many people and acknowledge the contributions the Maori and Pacific communities have made to the game.