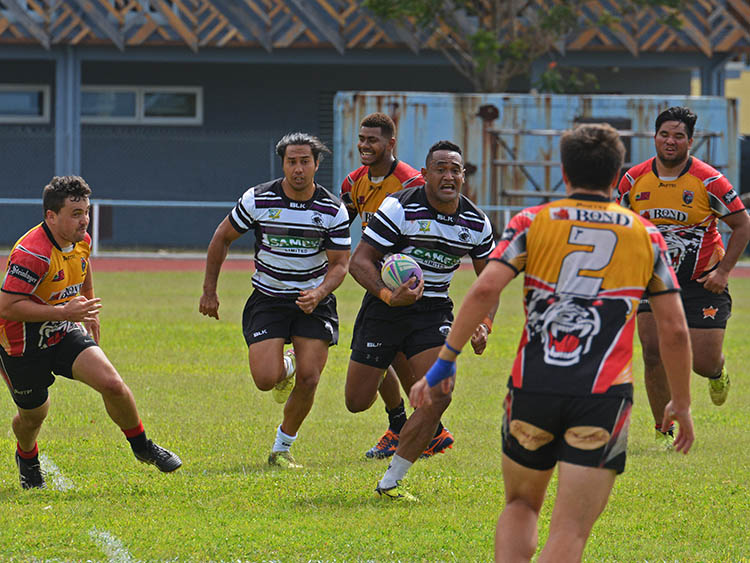 Tupapa Panthers will field two teams at the League Nines in Paradise 2021 this weekend. 20010366

Four women’s and seven men’s teams will take part in this weekend’s League Nines in Paradise 2021.

Defending champions Arorangi Bears will return to defend League Nines title in the annual tournament to be held at the National Stadium in Nikao this weekend.

The Bears are one of the seven men’s teams confirmed for the two-day event starting this Friday. The other teams are Tupapa Panthers I and II, Aitutaki Sharks, Ngatangiia/Matavera Sea Eagles, Titikaveka Bulldogs and Avatiu Eels.

In the inaugural women’s competition, four teams – Raro Mix, Arorangi Bears, Tupapa and Pukapuka – are set to battle for the ultimate prize.

Robert Graham, secretary general of Cook Islands Rugby League, is pleased with the number of teams registered for the tournament, especially in the women’s division.

“I think this is a boost from Cook Islands Games, the interest is still there and at the same time, this is World Cup year so there could be chance for a couple of girls to get sighted and maybe get into the national squad,” Graham said.

Cook Islands Rugby League is aiming to integrate the women competition into their national season for 2021.

“The Cook Islands Games this year really helped launch women’s league in the Cook Islands and we would like to build on that success. We want to see the women’s Nines develop into a full 1’s competition and be part of our national and eventually our international calendar in the future.”

Graham says the inclusion of Aitutaki Sharks in the men’s competition is an exciting news.

“It’s good to see Aitutaki Sharks returning. Cost factor has affected their participation in the past but this year they have put a team together with players from Aitutaki and some from Rarotonga. It’s always good to have them as part of the competition.”

The Rarotonga-based teams, who have been training since last month, are looking forward to the pre-season event.

The League Nines in Paradise will serve as a build-up for the domestic 13s competition which will start later next month.

“There are a couple of teams training at the National Stadium and other clubs training around the island … they are getting into the Nines mode.”

The kick off times and fixtures will be finalised after the managers meeting later today.