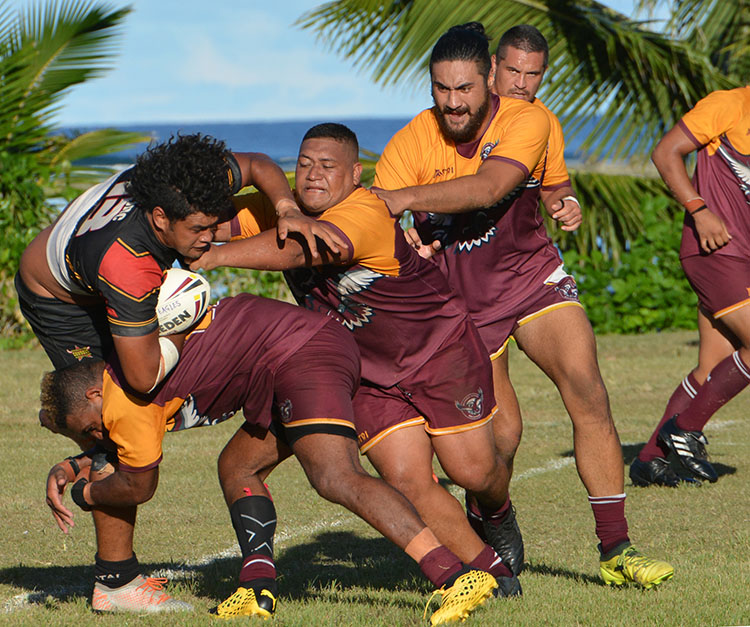 This despite the side losing their opening match to Arorangi Bears in round one competition on Saturday.

The Sea Eagles are the holders of the domestic rugby league title which they won in 2019, after last year’s competition was cancelled due to Covid-19.

In 2019, the side created history by becoming the first team to finish the preliminary competition without a loss. The Sea Eagles went on to win their knockout matches and the showdown against the Bears.

However on Saturday the Bears proved a stronger side beating the Sea Eagles 32-6 at Nukupure Park.

The loss has done little to dampen the spirit of the club and the supporters including Kaka Ama, the president of Ngatangiia Sports Association.

“Covid-19 disrupted last year’s season and some of our players have left but the main group is still on the island,” Ama said.

“Obviously the result wasn’t what we expected but Arorangi was a better side and they played well. Its only the first game of the season and it has given us a good indication of where we are and what we need to work on.

“The goal will be getting some of our regulars back as we need more depth in the squad.”

The Ngatangiia Sports Association is looking at fielding teams in all grades in rugby league and the netball competition which is expected to start later this month.

In round one of the 2021 Raro Cars Rugby League Competition, the side also fielded reserves and under-19 teams. However, they went down to the Bears 4-50 and 16-26, respectively.

Ama said: “Ngatangiia looks more healthier this year in both rugby league and netball, especially in terms of numbers, but we need a bit of depth in experience to put us in a better position to vie for the titles.”

“We are looking forward to our upcoming league matches and hoping to put on a much-improved performance.”

Meanwhile in the other premier match last week, the Albert Nicholas-coached Avatiu Eels defeated Aitutaki Sharks 48-22 at The Swamp on Friday night. Both teams were locked at 14-all at the break.